Vidhan Sabha session to last two days instead of one; session begins October 19 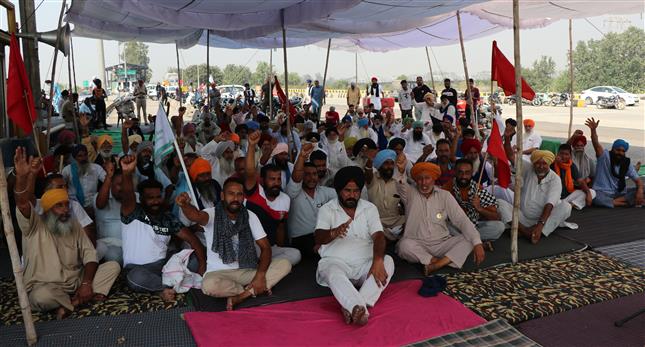 Punjab Assembly session scheduled to begin on October 19 will now last for two days instead of one, officials sources said on Sunday.

Chief Minister Amarinder Singh had a detailed meeting with Congress MLAs on Sunday afternoon to discuss the farm laws and heard their views for the assembly session.

A decision to extend the session to two days will be formally taken at a business advisory committee meeting scheduled for Monday.

Official sources said one day in the two-day session will be reserved for debate on the controversial farm Bills that the Congress state government under Chief Minister Amarinder Singh proposes to have passed in the assembly.

The farm Bills are intended to counteract the controversial farm laws that the Parliament passed last month. The three central laws---The Farmers (Empowerment and Protection) Agreement on Price Assurance and Farm Services Act, 2020, The Farmers’ Produce Trade and Commerce (Promotion and Facilitation) Act, 2020, and the Essential Commodities (Amendment) Act, 2020---have since drawn protests from farmers across the country but mainly from the agrarian states of Punjab and Haryana. Of particular concern for farmers

The laws replaced three ordinances similarly named that the Cabinet had approved of in June.

Farmers and civil rights organisations have been holding protests against the three laws since last month. Of particular concern was The Farmers (Empowerment and Protection) Agreement on Price Assurance and Farm Services Act, which they see as a step to dismantle the Agricultural Produce Market Committee (APMC) system. Farmers see this measure as a process to do away with the minimum support price (MSP), a policy under which farmers are assured a minimum return for their produce regardless of the market fluctuations.  Critics say that while the APMC system could do with some reforms, the laws could weaken the system and leave farmers open to exploitation.

In the last assembly session on August 28, a resolution was passed by a majority to reject three contentious farm ordinances, which later took the shape of the laws.

The Centre, however, has maintained that the new laws will raise farmers’ income, free them from the clutches of middlemen and usher in new technology in farming.

‘Will do everything possible to protect farmers’

Punjab Congress chief Sunil Jakhar said on Sunday the Centre may “dismiss” the Congress government if it wants but they will do everything possible to protect farmers’ interests.

Speaking to reporters after the meeting, Jakhar said, “We discussed how to protect farmers from these black laws. The MLAs gave their suggestions.”    He said the government is clear that it will do whatever it can to protect farmers’ interests.

The MLAs were of the opinion that if the Centre feels Punjab’s action of countering the new farm laws was not right, they can dismiss the state government, Jakhar said.

“If the Narendra Modi government dismisses our government, they are free to do so. The MLAs were of the opinion, to which the Chief Minister also agreed, that if the Centre has to take such a step they can, but we will do whatever we can to protect interests of farmers,” he said.

We are clear that we have to save farmers; we have to protect the peace, harmony and brotherhood, Jakhar said.

“If Centre thinks Punjab is coming in way of the benefits they want to extend to big corporates through these farm laws and if they want to dismiss our government, they can,” Jakhar said.

“The session will now be of two days instead of one-day duration. We are also bringing other bills for the benefit of landless farmers during the session,” Verka said.

“During his first term as a chief minister, he had taken a bold decision to protect the state’s interests on water issues. Now again, he is committed to protect farmers’ interests,” the minister said.

Earlier on October 14, a decision to convene special session of the assembly was taken at a meeting of the state cabinet chaired by Chief Minister Amarinder Singh here.

The chief minister had said that his government will fight the “anti-federal and vicious” farm laws tooth and nail through legislative, legal and other routes. The CM had said he would call a special session of the assembly to bring in necessary amendments to state laws to negate the “dangerous impact” of the central legislations, which are designed to “ruin” the farmers as well as the state’s agriculture and economy. With PTI