The SUV overturned neat the Mohali Court Complex after hitting another car, 2 other also injured

Punjabi lyricist and music composer Jaani Johan and two others were injured when the SUV they were travelling in hit another car at the traffic lights near Sector 88 today evening. Both the vehicles flipped twice before turning turtle. Cops said apparently the vehicles did not stop at the intersection and banged into each other.

The 33-year-old famous lyricist from Gidderbaha and two more occupants were taken to a private hospital in Mohali, while the other vehicle passengers received minor injuries.

Sohana SHO Gurjit Singh said the accident victims were taken to hospital before police arrived. Police is verifying who was behind the wheels. No case has been registered till now. Janni is a known name in Punjabi music industry having penned lyrics for songs such as ‘Naah’, ‘Kya Baat Ay’, ‘Pachtaoge’ , ‘Filhall’, ‘Titliyaan’, ‘Baarish Ki Jaaye’ and ‘Filhaal2 Mohabbat’, for B Praak, Harrdy Sandhu and other popular singers. 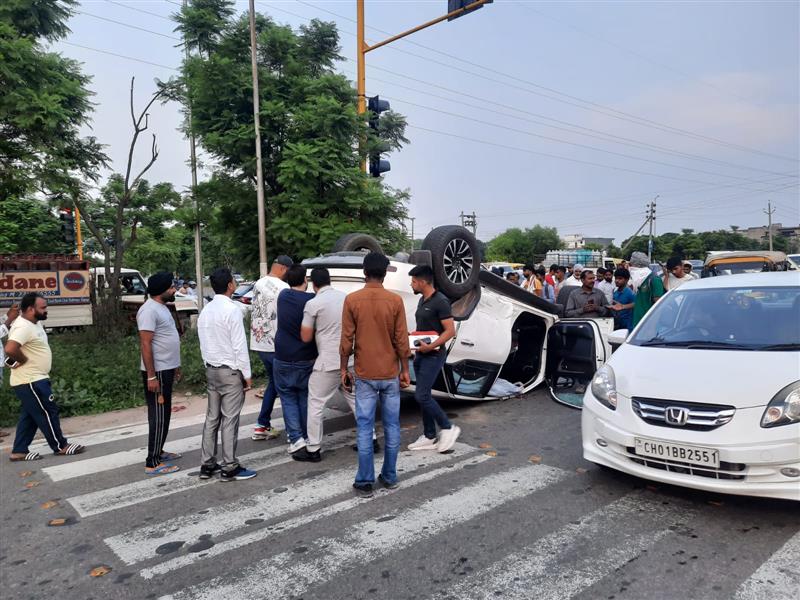