'Will always stand for the rights of my people', reacted the Indian-Canadian singer 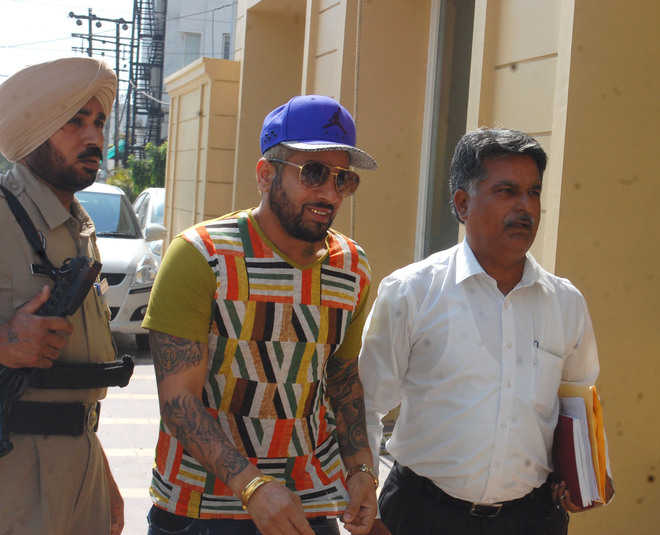 Microblogging platform Twitter has "withheld" the accounts of Punjabi singer Jazzy B, hip-hop artist L-Fresh the Lion and two others in response to a legal demand in India, even as it draws flak over delay in complying with the new IT rules in the country.

According to an information on Lumen database, Twitter received legal request from the Indian government on June 6 for actioning four accounts, including that of JazzyB.

Users checking Jazzy B's account are shown a message saying "account has been withheld in India in response to a legal demand".

When contacted, a Twitter spokesperson said when it receives a valid legal request, it reviews it under both the Twitter Rules and local law.

The spokesperson noted that in all cases, it notifies the account holder directly so that they're aware that the company has received a legal order pertaining to the account.

"We notify the user(s) by sending a message to the e-mail address associated with the account(s), if available... Twitter is committed to the principles of openness, transparency, details of the requests to withhold content have been published on Lumen," the spokesperson said.

Reacting to this, Jazzy B wrote: "I will always stand for the rights of my people #kisanmajdooriktazindabad #neverforget1984 #raiseyourvoice"

Reports suggest that Jazzy B had frequently tweeted in support of farmers' protests.

Earlier this year, more than 500 accounts were suspended and access to hundreds of others in India blocked after the government ordered the microblogging platform to restrain the spread of misinformation and inflammatory content related to farmers' protests.

Over the past many months, Twitter has been embroiled in a number of issues. Twitter had drawn flak after it marked several tweets by ruling BJP leaders on an alleged strategy document of the Opposition to target the government over COVID as containing 'manipulated media', triggering a sharp rebuke from the government.

The row over Twitter's handling of certain messages had recently blown up into all-out war of words between the Centre and the social media platform.

Last week, the government issued a notice to Twitter giving it one last chance to "immediately" comply with the new IT rules and warned that failure to adhere to the norms will lead to the platform losing exemption from liability under the IT Act.

Twitter has an estimated 1.75 crore users in India, as per data cited by the government recently.

The new IT rules for social media companies that came into effect last month mandate large platforms like Facebook and Twitter to undertake greater due diligence and make these digital platforms more accountable and responsible for the content hosted by them.

The rules also require significant social media intermediaries - providing services primarily in the nature of messaging - to enable identification of the "first originator" of the information that undermines the sovereignty of India, the security of the state, or public order.

The new IT rules require significant social media intermediaries - those with other 50 lakh users - to appoint a grievance officer, nodal officer and a chief compliance officer. These personnel are required to be resident in India.

Under the new rules, social media companies will have to take down flagged content within 36 hours, and remove within 24 hours content that is flagged for nudity, pornography etc.

The Centre had said the new rules are designed to prevent abuse and misuse of platforms, and offer users a robust forum for grievance redressal.

Non-compliance with the rules would result in these platforms losing their intermediary status that provides them immunity from liabilities over any third-party data hosted by them. In other words, they could be liable for criminal action in case of complaints. — PTI