Says can’t read too much in Bihar poll results, no need for leadership change in Cong 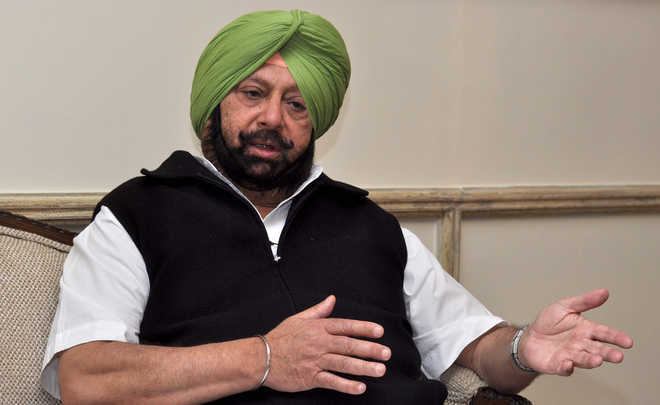 Rejecting charges of the Congress lacking inner-party democracy, Punjab Chief Minister Capt Amarinder Singh on Thursday said anyone was free to take their grouses to the party chief or the working committee but internal party issues should not be raised on public platforms.

“If you’re a Congressman you can go to the party president or the Congress Working Committee with any problem you may have with the party functioning. But you should not go out to air your grievances. If you want to do that, you can leave the party,” said Amarinder, amid reports of public dissidence.

The Chief Minister said he had learnt this lesson from late Prime Minister Indira Gandhi when he was a member of Parliament from Congress. Indira had told him that internal party matters should remain within the party, and this still holds true for the Congress, he added.

He pointed out that Congress president Sonia Gandhi had not penalised anyone who had raised a voice of dissent but had, in fact, made then members of various committees, in true spirit of democracy, to bring in reforms.

Rejecting the suggestion for change in party leadership in the light of the Bihar election results, Amarinder said Sonia will remain the leader as long as she wants, after which the new leader will be elected. There was no need for change at this juncture, he said, adding that one should read too much in the Bihar poll verdict.

Pointing out that victory and defeat were part of the process of an actual democracy, which India fortunately has, the Chief Minister quipped that unlike the American democracy, India has true democracy, with political ups and downs a part and parcel of it. He recalled the time when BJP had only two seats in Parliament. The Congress could come back into power in 2024, he added.