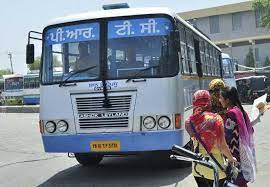 Three weeks after assuming charge as Punjab’s Transport Minister, Gidderbaha MLA Amrinder Singh Raja Warring today claimed the revenue of state-owned buses had increased by Rs 45 lakh per day since he took over.

Talking to The Tribune, Warring said, “We have impounded more than 150 private buses in the last about 20 days for not paying road tax. As a result, passenger load has increased in government buses.” 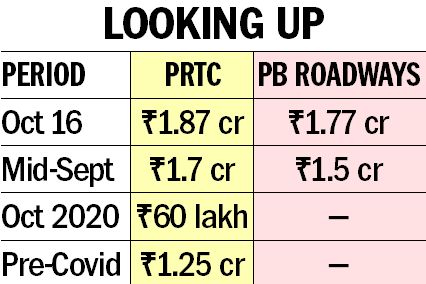 The daily revenue of Punjab Roadways Transport Corporation (PRTC) has reached Rs 1.87 crore, compared to Rs 1.7 crore about a month ago. Similarly, Punjab Roadways is now earning Rs 1.77 crore, up from Rs 1.5 crore earlier. “Though the revenue collection has gone up, my first target is to ensure a hike of Rs 1 crore per day,” he said. Warring said four private buses were impounded in Muktsar and eight in Ferozepur today as well.

“The action against private transporters will continue until they pay road tax... They should be penalised to recover retrospective tax,” he said.

Warring said the department was considering giving relaxation in bus fare to senior citizens on the lines of free travel for women. There was also a proposal to issue a card each to EWS (economical weaker sections) families, allowing free travel to one member at a time.