Razia Sultana said in her resignation letter that she was quitting “in solidarity with Navjot Singh Sidhu”. Her resignation came hours after she was given water supply and sanitation, social security, women and child development, printing, and stationery departments in the new Punjab Cabinet under Chief Minister Charanjit Singh Channi.

Sidhu’s resignation letter to Congress president Sonia Gandhi said he could not “compromise” on the future of Punjab, although his letter did not explain this any further.

Sources however said Sidhu, who took over the reins of the Punjab Pradesh Congress Committee in July after a prolonged power struggle with then chief minister Amarinder Singh, his political rival, was displeased with some recent political developments—including the induction of certain Members of Legislative Assembly in the newly reformed Punjab cabinet and the most recent appointment of APS Deol to the position of the state’s advocate general. 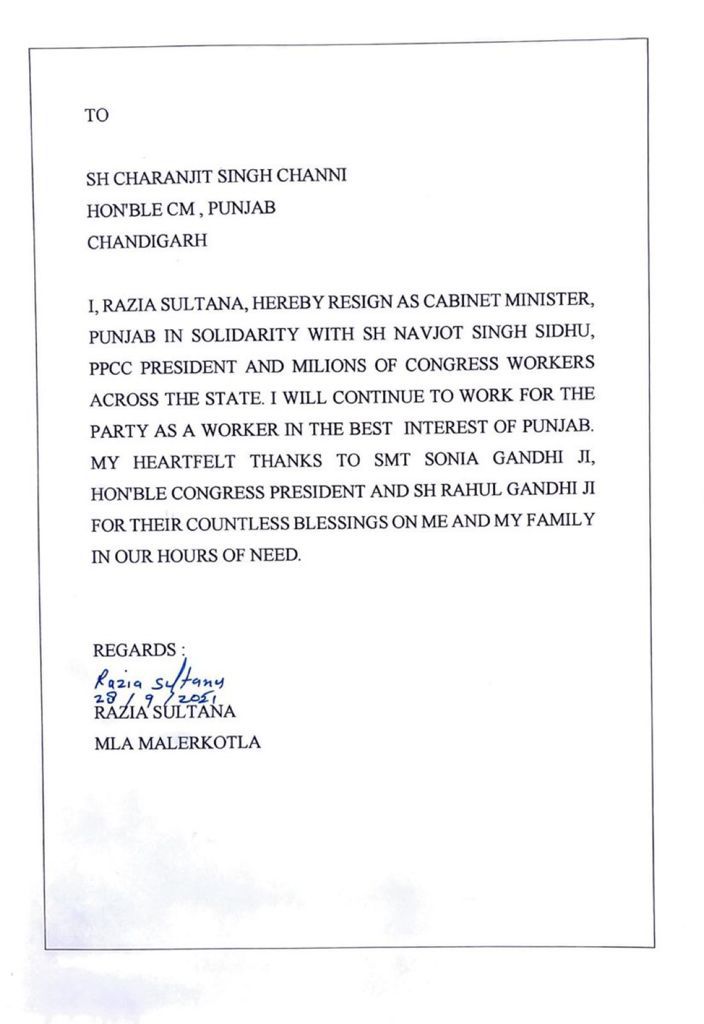