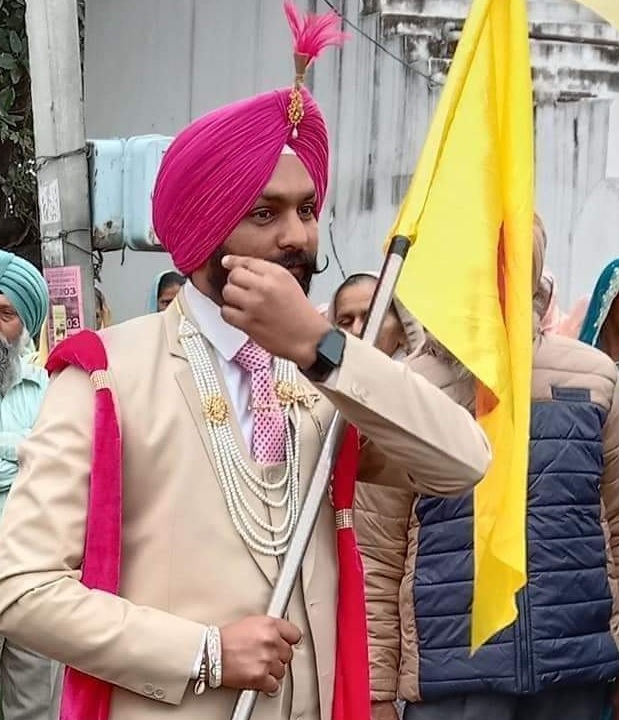 ‘Jai Jawan, Jai Kisan’ — a slogan given by ex-PM Lal Bahadur Shastri to motivate soldiers and farmers to protect the nation from Pakistan onslaught and overcome food scarcity — was followed by the family of martyr Gajjan Singh in letter and spirit.

Sepoy Gajjan Singh, youngest among four sons of Charan Singh of nearby Pachranda village, was the first person in the farmer family to join the forces six years ago. His father and three brothers still work as farmers on their small landholding.

A pall of gloom descended on the village ever since the news of his martyrdom during a gunfight with terrorists in Poonch reached his home. Hundreds of people from the area, including local MLA Amarjeet Singh Sandoa, former Cabinet Minister Daljit Singh Cheema, Ropar DC Sonali Giri and SSP Vivek Sheel Soni, visited the aggrieved family today. Chief Minister Charanjit Singh Channi is likely to attend his funeral tomorrow.

While his newly married wife was inconsolable, father Charan Singh with his choked throat was finding it difficult to even talk to visitors.

“Gajjan was a farmer at heart and used to work with me like his elder brothers in the fields. But, he always used to talk about joining the Army. His dream finally came true six years ago and it also helped in improving the economic condition of the family,” said Charan Singh.

When he came home in February for marriage, the farmers’ protest against the three agricultural laws was at its peak and he was pained to see the plight of his brethren squatting on roads during winter, he said.

“Expressing his solidarity with the protesting farmers, Gajjan not only carried the flag of the Kirti Kisan Morcha, but also walked around the village with his newlywed wife immediately after returning home with the marriage party to register his protest against the farm laws,” Charan Singh added.