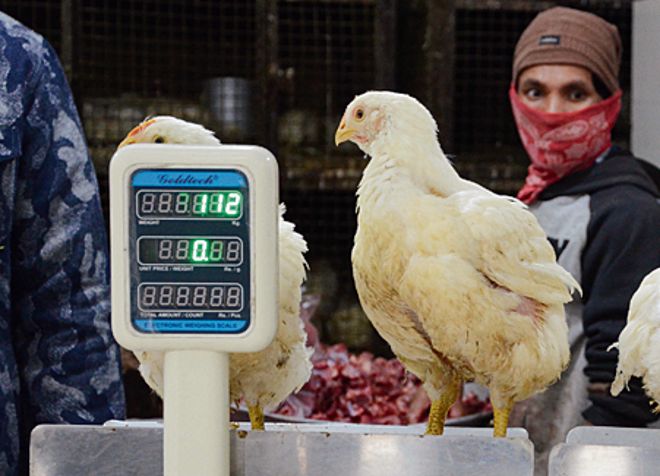 Rs 500-crore business across the state had come down to just half in a matter of five days owing to the bird flu scare.

Members of the Punjab Poultry Farmers’ Association and the Punjab Broiler Board today said their Rs 500-crore business across the state had come down to just half in a matter of five days owing to the bird flu scare.

Members of the association, including Vishal Gupta from Sangrur, Vivek Sindhwani from Barnala and Jatinder Singh Laddi from Ludhiana, said there had not been a single case of bird flu in Punjab so far, but it had caused scare among consumers. They said nearly 300 poultry farmers had created set-ups with a capacity to generate 1.25 crore eggs per day but the sales had reduced to less than half.

Jaswant S Setia of Jalandhar said, “Three lakh eggs were being consumed in Jalandhar alone per day but we can’t find buyers now.” Sanjiv Bansal, a Sangrur-based poultry farmer, said, “While we were selling 100 eggs for Rs 550 till last Sunday, we are selling it for Rs 350 now. A 1-kg broiler which was priced at Rs 90 is now being sold for Rs 50.” Bhupinder Singh from Patiala said, “We request residents not to believe rumours.” — TNS

The Winter Session of Parliament starts on Monday and is sch...

Explainer: What we know and don't know on new Covid variant

On Friday, the WHO designated it as a ‘variant of concern’, ...

Not yet clear if Omicron more transmissible, causes severe disease, says WHO

There is currently no information to suggest that symptoms a...