Was offering a decent meal at Rs 10 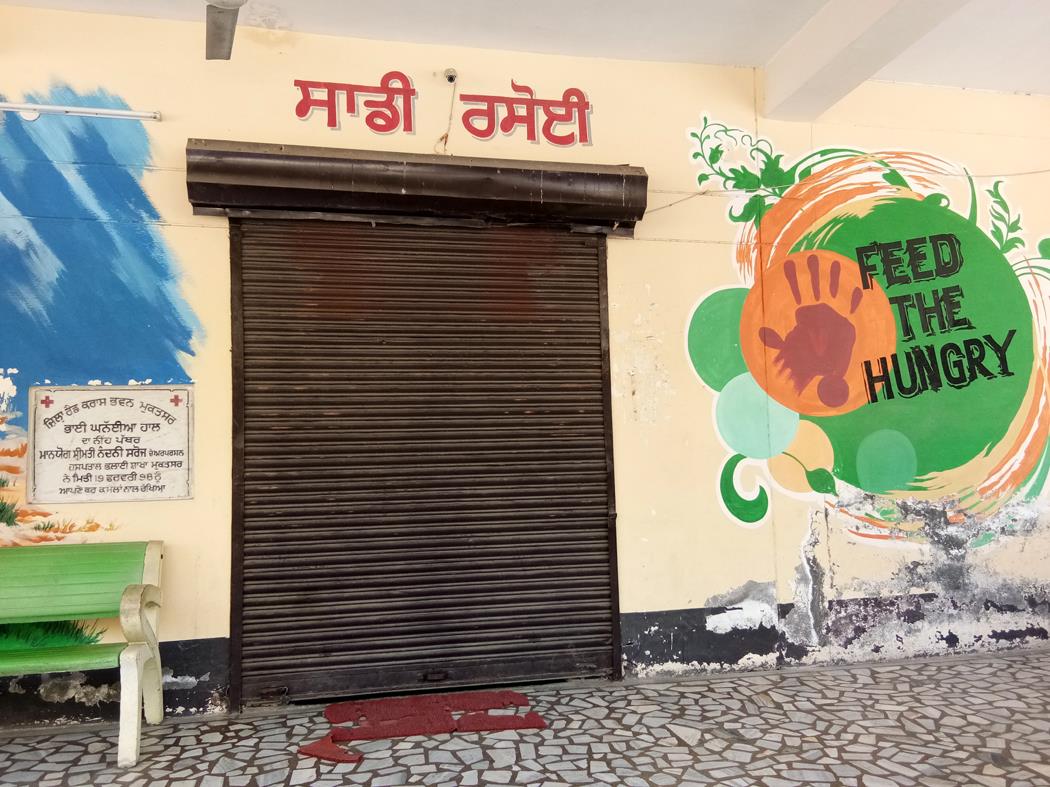 The ‘Sadi Rasoi’ at the Red Cross Complex in Muktsar. File

‘Sadi Rasoi’, which was providing a decent meal for just Rs 10, at the Red Cross Complex here has been closed due to a financial crunch.

Started in May 2017, the kitchen earlier offered a meal at Rs 5 as that time the Congress in its poll manifesto had promised it. However, the price was later increased to Rs 15, and then decreased to Rs 10.

Daily nearly a hundred people came for meals at the kitchen run by the District Red Cross Society. The meal consisted dal, vegetable, rice and six chapatis. As many as 11 people, including cooks, had been engaged to run

the kitchen. Further, the kitchen had a big dining hall, modern kitchen comprising a chapati-maker and dough kneader.

Gopal Singh, secretary, District Red Cross Society, Muktsar, said, “Sadi Rasoi has been closed due to a financial crunch. We were not getting any financial assistance from the government or the public to run the kitchen. Our monthly expenses were about Rs 1.9 lakh, but the total collection was just Rs 30,000. It was impossible for the society to run it for an indefinite period. People used to donate wheat or grocery, but the other donations were almost nil.”

Notably, before opening this kitchen, the district administration had even sent an officer to Chennai to study their model. In the past, this kitchen had got an award too.