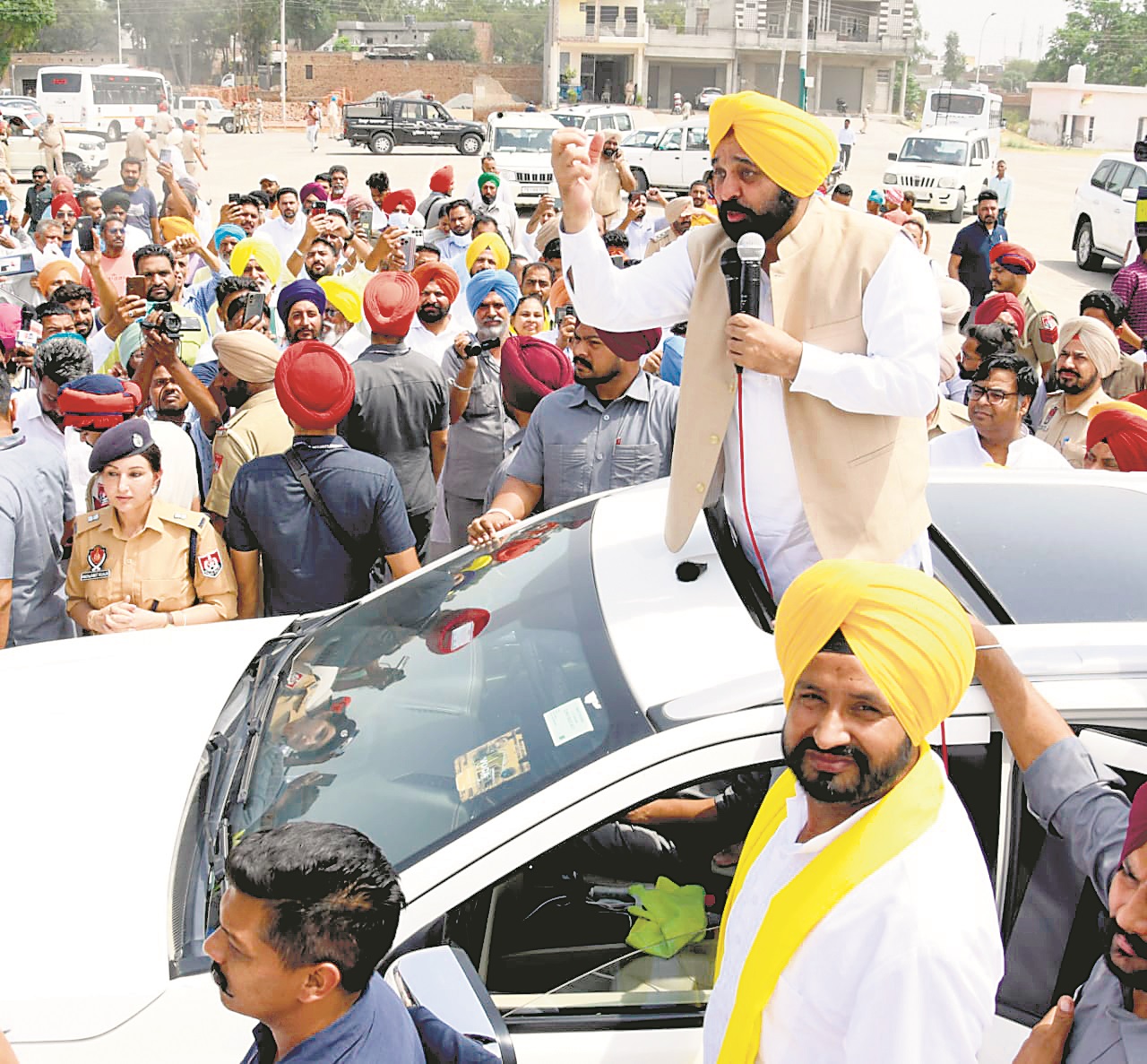 CM Bhagwant Mann during a roadshow in Barnala. Tribune photo

“We have arrested gangsters and won’t spare anyone who violates law. These gangsters were groomed by leaders of previous state governments. These governments failed to give employment to youth and pushed them into crime,” said Mann.

Though AAP leaders claimed that large number of people had gathered to listen to the CM, Opposition leaders said crowds were missing at many places. Some residents also raised questions over high security as they said before becoming the CM, Mann had announced that he would not take security.

“SAD leaders are making baseless claims that if their candidate is elected, Sikh prisoners will be released. It’s not true. I also want the release of all those who have completed their jail terms,” said Mann.

“During the past three months, I have taken many steps to end corruption and improve service delivery. I need some more time to bring overall improvement as our previous governments have damaged the system. Soon you will see a massive positive changes,” said Mann.

The CM announced that the government would recover “money embezzled by corrupt ministers” of previous state governments. He also said many more corrupt leaders would be arrested soon.

“We have taken action against some corrupt persons and more lists are ready. I want to take strong action with documentary evidence. After the recovery of money from the corrupt, we will invest that amount to improve health, education and other facilities,” he said.