Call for statewide stir in Patiala on Sept 7 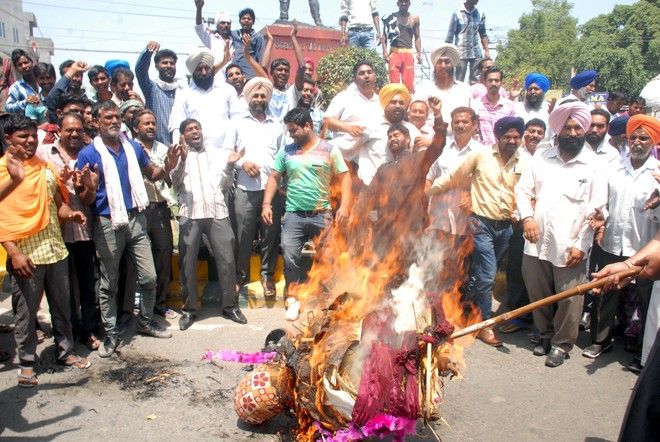 Members of the Water Supply and Sanitation Contract Workers’ Union, under the banner of the Contract Workers’ Sangharsh Morcha, staged a protest and burnt copies of the draft of Regularisation of Contractual Employees’ Bill in Bathinda. The union members carried out a protest march from the Children’s Park till the city bus stand, and then burnt the copies of the draft.

Amritpal Singh, general secretary of the union, said, “Contractual and outsourced employees of all categories have been rendering services in different government departments for years, but their services have not been regularised till now. We demand that their services must be regularised.”

“We have unanimously decided if the state fails to fulfil our demand, we will intensify our stir. We have also given call for a statewide protest, in which workers from all government departments will join the stir in Patiala on September 7,” he said. — TNS