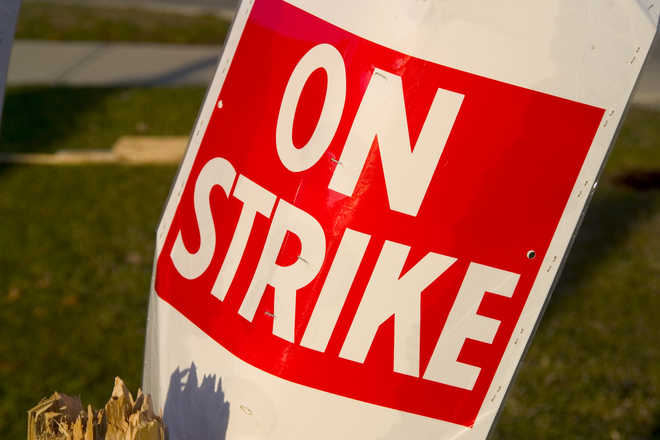 The faculty, including teaching and non-teaching, clerical and technical staff, under a banner of the Samuh Mulazam Joint Action Committee, Maharaja Ranjit Singh Punjab Technical University (MRSPTU) and constituent colleges, staged a protest on MRSPTU campus over non-payment of salaries for the past two months.

The union members raised slogans against the university authorities and demanded salaries. Sukhwinder Singh, a member of the union, said, “We have not received our salaries for almost three months. We have been on a strike for the last four days and suspend work for two hours (10 am to 12 pm), but if our salaries are not released soon, we will intensify our stir.” “Just like staff in other departments have been given benefits as per the recommendations of the 6th Pay Commission, we must also be provided salaries as per new pay scales,” he said. — TNS