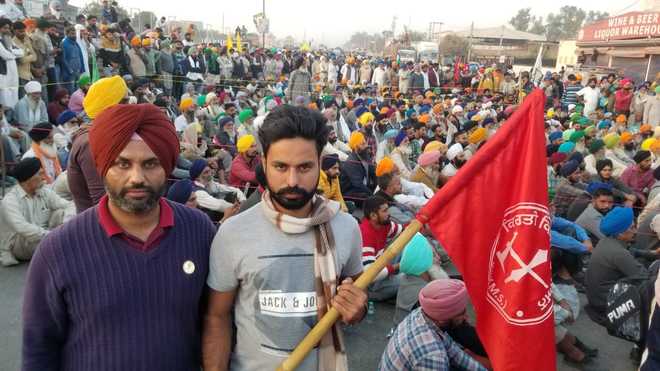 Two government schoolteachers participate in the protest at the Kundli borde.

People from all walks of life have come out in open support of the protesting farmers. Latest to join the stir against the three farm Acts in New Delhi are government teachers of the state.

The Democratic Teachers Front (DTF), a teacher organisation, has openly announced the support to farmers and decided to participate in the agitation.

Many teachers have already reached the national capital, while others have set out an awareness campaign and are collecting funds for the protest. Government schoolteachers are going village to village to mobilise youngsters for the Delhi protest.

“We are doing whatever we can to make this agitation a success. We are creating awareness in villages about the farm Acts. Teachers are reaching Delhi in batches to support the farmers,” said Hardeep Toderpur, a government schoolteacher.

Talking over the phone, Attinder Singh, who is participating in the stir at the Kundli border, said: “We all are sons of farmers. Therefore, it is our moral duty to actively participate in the protest to support them. Each teacher, who is reaching Delhi to participate in the protest, is bringing four to five youngsters along.” “We are also collecting funds so as to support the farmers’ agitation,” said Vikram Dev, senior vice-president, DTF.