SDO gets threat call from mining accused in Nurpur Bedi 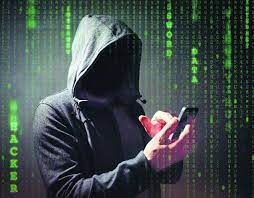 A land owner near Tanda village in Nurpur Bedi, allegedly involved in illegal mining, not only tried to take away the vehicles confiscated by Mining Department officials but also threatened the subdivisional officer (SDO) concerned of “dire consequences” for taking action against him.

Following the incident, Satwinder Singh lodged a complaint with the police after which a case under the Mines and Minerals Act, 1956, was filed at the Nurpur Bedi police station against five persons, including land owner Jaskaran Singh. The police have failed to arrest the main accused even after three days of the incident.

Satwinder Singh said on intervening night of November 20 and 21, the residents of nearby villages had gheraoed people who were lifting sand and gravel after digging fields near Thana and Bhaini villages. He said with the help of police and locals, he confiscated four tippers. The SDO claimed a man made him a WhatsApp call and threatened him of dire consequences for confiscating the tippers. Local SHO Bikramjit Singh said four drivers of the tippers had already been arrested and the land owner would also be nabbed soon. — TNS