Security up in Amritsar ahead of Operation Bluestar anniversary 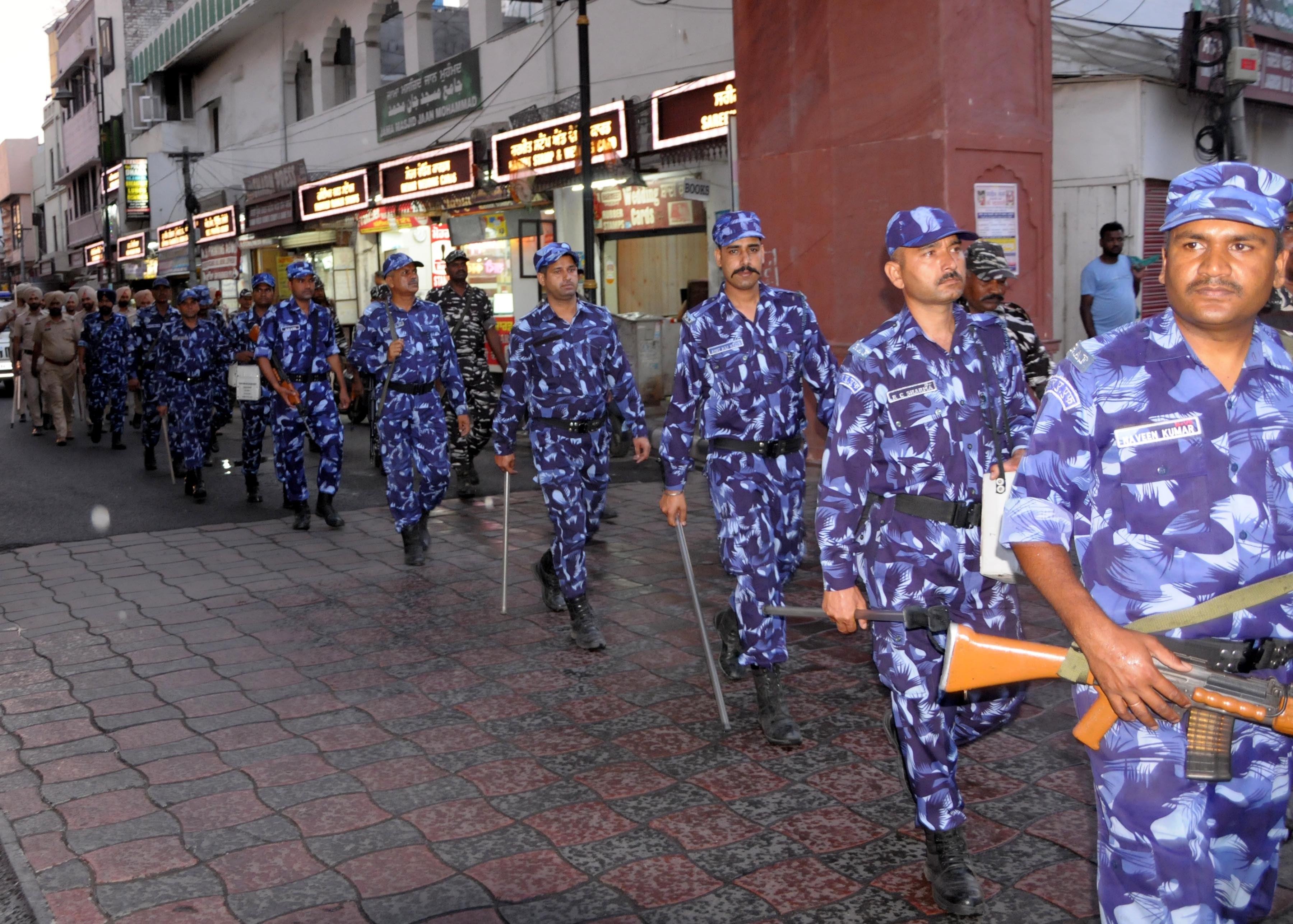 Paramilitary personnel take out a flag march in Amritsar on Tuesday.

Ahead of June 6 anniversary of Operation Bluestar, also known as “Ghallughara Divas”, security in the holy city has been beefed up.

Along with the city police, four additional companies of paramilitary forces (two from the Central Reserve Police Force and two from the Rapid Action Force), besides 1,500 Punjab Armed Police personnel have been deployed in the city.

Nonetheless, the holy city has been on high alert following the seizures of IEDs smuggled from Pakistan- based ISI elements.

Police Commissioner Arun Pal Singh said they were keeping tabs on anti-national entities. He said patrolling and security had been increased at vulnerable places, including markets, religious shrines and tourist spots.

Deputy Commissioner of Police (Law & Order) Parminder Singh Bhandal said the police would also get additional force from the Border Range on June 1 for strengthening the security cover. The police in civvy would remain present at the Golden Temple, he said.

“We have got additional strength of the DSP and ASP- rank officials for maintaining peace,” said Bhandal.

Meanwhile, Sikh activists under the banner of the Dal Khalsa have given a call for one-day “Amritsar shutdown”. Besides, the Dal Khalsa will organise “Azadi March” in the evening.

Taking the state government to task for going overboard in the name of “Ghallughara”, leaders of the Dal Khalsa said, “SAD (Amritsar), Waris Punjab De and SYP will take out a peaceful march from Gurdwara Bhai Veer Singh to Akal Takht as a mark of protest on June 5.”