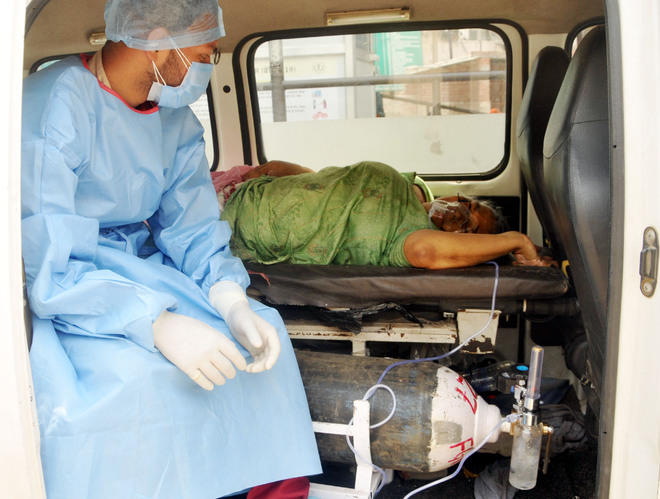 A patient on oxygen support in an ambulance in Amritsar. Vishal Kumar

Chief Minister Capt Amarinder Singh on Monday appealed to the Centre for more oxygen tankers to be made available to the state.

The Chief Minister, at a Covid review meeting, said the state urgently needed more tankers, as it currently had only 15 at its disposal, with two more likely to come in by tomorrow. These, he said, were not enough. 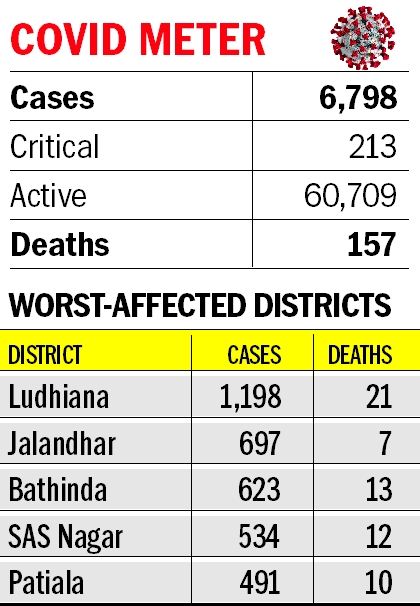 Punjab had a 195 MT allocation from various plants in other states, but the actual supply received over the past seven days had been around 110-120 MT daily, which had also been erratic, the Chief Minister noted.

In this period, the number of patients on oxygen support had gone up from 4,000 to around 9,000, though the state government’s steps to monitor and streamline supplies through its controls rooms had helped in keeping things stable, the situation remained fluid and was a matter of concern, he added. The current consumption of oxygen in the state is more than 225 MT daily, while the average increase in demand every day is around 15-20 per cent. — TNS