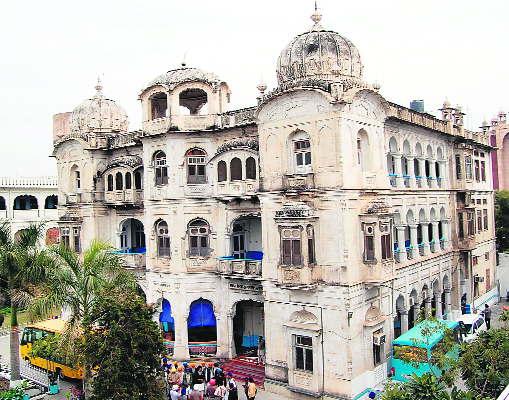 The SGPC today completed 100 years of its existence. To commemorate the occasion, an “akhand path” was initiated at the Akal Takht. Besides religious, administrative issues loom large over the Sikh body. At present, the Shiromani Akali Dal, with a majority of members, holds dominance over it.

Its unending disputes include the Nanakshahi Calendar row, and the appointment and rights of Jathedars of the Akal Takht.

Recently, the SGPC drew flak over 328 missing Guru Granth Sahib “saroops” that were allegedly misappropriated by staff and officials of its publication branch.

SGPC president Gobind Singh Longowal said efforts were being made to trace the missing “saroops”. “We have taken prompt action and removed the officials or staff members. The existing SGPC executive, including me, submitted an apology voluntarily to the Akal Takht and faced punishment,” he said.

Constituted on November 15, 1920, the SGPC was born out of Gurdwara Reform Movement against the mahant and priests to liberate prominent gurdwaras, including the Golden Temple, from their control.

The last SGPC polls were held on September 18, 2011. Lately, the appointment of Justice SS Saron (retd) as the Chief Commissioner, Gurdwara elections, has paved the way for holding fresh SGPC polls.

Shubman Gill scores a brilliant 91, Rishabh Pant 89 not out

Covishield not to be taken by people severely allergic to any of its ingredients: Serum Institute

‘Recipient should tell healthcare provider about all medical...