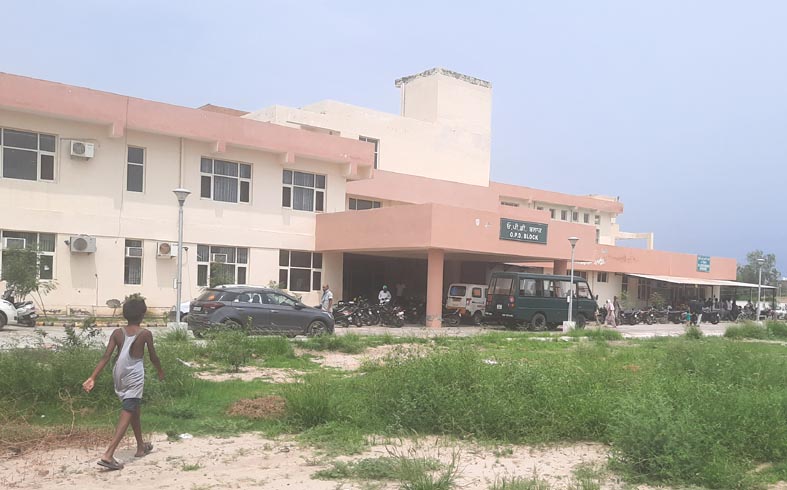 The OPD block of the district hospital in Fazilka.

The information gathered by The Tribune revealed that out of total nine posts of Senior Medical Officer, seven have been lying vacant. District Hospital, Fazilka; 100-bed hospital at Abohar and Civil Hospital, Jalalabad, are without regular SMOs.

7 posts of SMO vacant in Fazilka

Of the nine posts of Senior Medical Officer (SMO), seven have been lying vacant

Out of seven posts of programme officer, four are vacant for long

Besides, out of seven posts of programme officer, four are vacant for long.

The sources said posts of District Immunisation Officer, Deputy Medical Commissioner (who looks after the administrative affairs in the district), District Epidemiologist and District Dental Health Care Officer are yet to be filled. Three posts of Emergency Medical Officer are also vacant.

Fazilka Civil Hospital was upgraded to 100-bed hospital after shifting to the new building about six months ago. Not to speak of filling the vacant posts, the Health Department has not even sanctioned new posts as per the requirement of 100-bed hospital so far. The continuous scarcity of medicines at the local hospital has forced patients to buy expensive medicines from private shops. “AAP had promised to provide all medicines at government hospitals, but it has failed to keep its word,” said patient Sumitra Devi, who got only three medicines out of the prescribed six.

Sources said out of the list of 225 essential medicines, 100 to 120 medicines are available at the local hospital. It is stated even basic items such as disposable syringes and intravenous sets are in short supply in some areas.

Officiating SMO Dr Vikas Gandhi said emergency drugs are available with the hospital. He said they have sought more posts for district hospital from the higher authorities.