Slain gangsters had called Goldy from encounter site in Amritsar 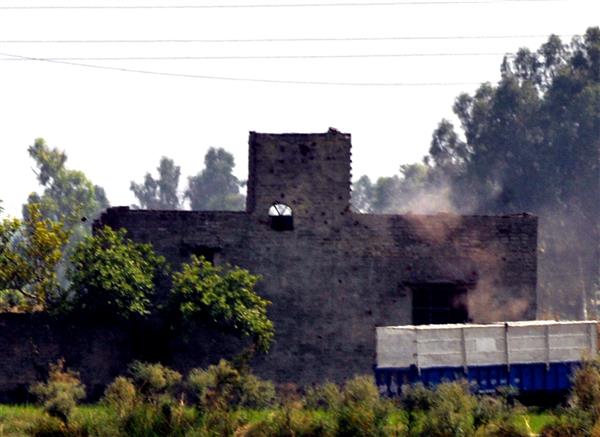 The house where gangsters Jagroop Singh Rupa and Manpreet Mannu were holed up in Amritsar district. file photo

Jagroop Singh Rupa and Manpreet Mannu, alias Kussa, the slain shooters in the Sidhu Moosewala murder case, had called Canada-based gangster and their handler, Goldy Brar, from the encounter site in Amritsar after they were surrounded by the police. 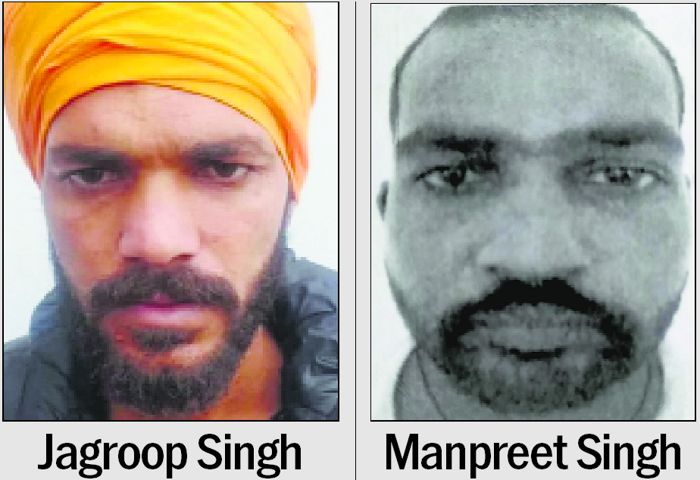 This was claimed by Brar in his social media post, while adding that he had asked them to surrender, but they refused and instead preferred to fight with the police.

“Rupa had called me. Asking them to surrender, I told them that I will make a plan to get them out of the jail, but they both refused,” the post claimed.

An accomplice of notorious gangster Lawrence Bishnoi, Brar was the first one to claim responsibility for killing Moosewala at Jawahar Ke village in Mansa on May 29.

The police have found a broken mobile phone from the house where the gangsters were gunned down. Cops have sent it to the forensic department for ascertaining the call details.

However, it has come to light that Rupa and Manpreet were ready to surrender. They told a police team that they would surrender in front of mediapersons, but within five minutes they changed their mind, sources said.

Mansa CIA in-charge Prithpal Singh said, “We got information that both shooters were hiding in an abandoned house on the outskirts of the village, after which we surrounded the house, seeing which they started firing at us. We fired back and this continued for around an hour.”

He said, “Later, we asked them to surrender. They put a condition of calling the press. We agreed and told them to stop the firing as it would have taken 15-20 minutes to call the media. They stopped the firing for five minutes, but later they changed their mind and resumed shooting.”

Residents of Hoshiarnagar village, living in the vicinity of the encounter site, said they had noticed the movement of several persons near the abandoned building. There were also reports of the presence of four persons in the building before the encounter, but it was denied by the police.

Police officials said there was no third person present during the encounter. “After the police surrounded the building and the area, nobody escaped from the spot,” said a senior police official, who was part of the team involved in the encounter.

Search on for Mundi

After getting specific inputs, the police have launched a hunt to nab Deepak Mundi, the sixth gangster involved in the murder of Moosewala. A police official said Mundi, Jagroop Rupa and Manpreet Mannu did not leave Punjab after the incident.

Bathinda: Late singer Sidhu Moosewala was posthumously honoured with ‘Waris Shah International Award’ in Pakistan on Sunday. Ilyas Ghumman, Pakistani writer and president of the Waris Shah International Award Committee, has shared on Twitter a picture, in which a group of Punjabi writers and singers can be seen commemorating Moosewala with the award. The honour was bestowed on him and poet Surjit Patar by Pakistan-based literary society ‘Punjabi Virsa’. tns