In one of the photos recovered by Delhi police, Sirsa is seen holding a pistol in his left hand and sitting by bullets that have been arranged to read ‘Moosewala’ 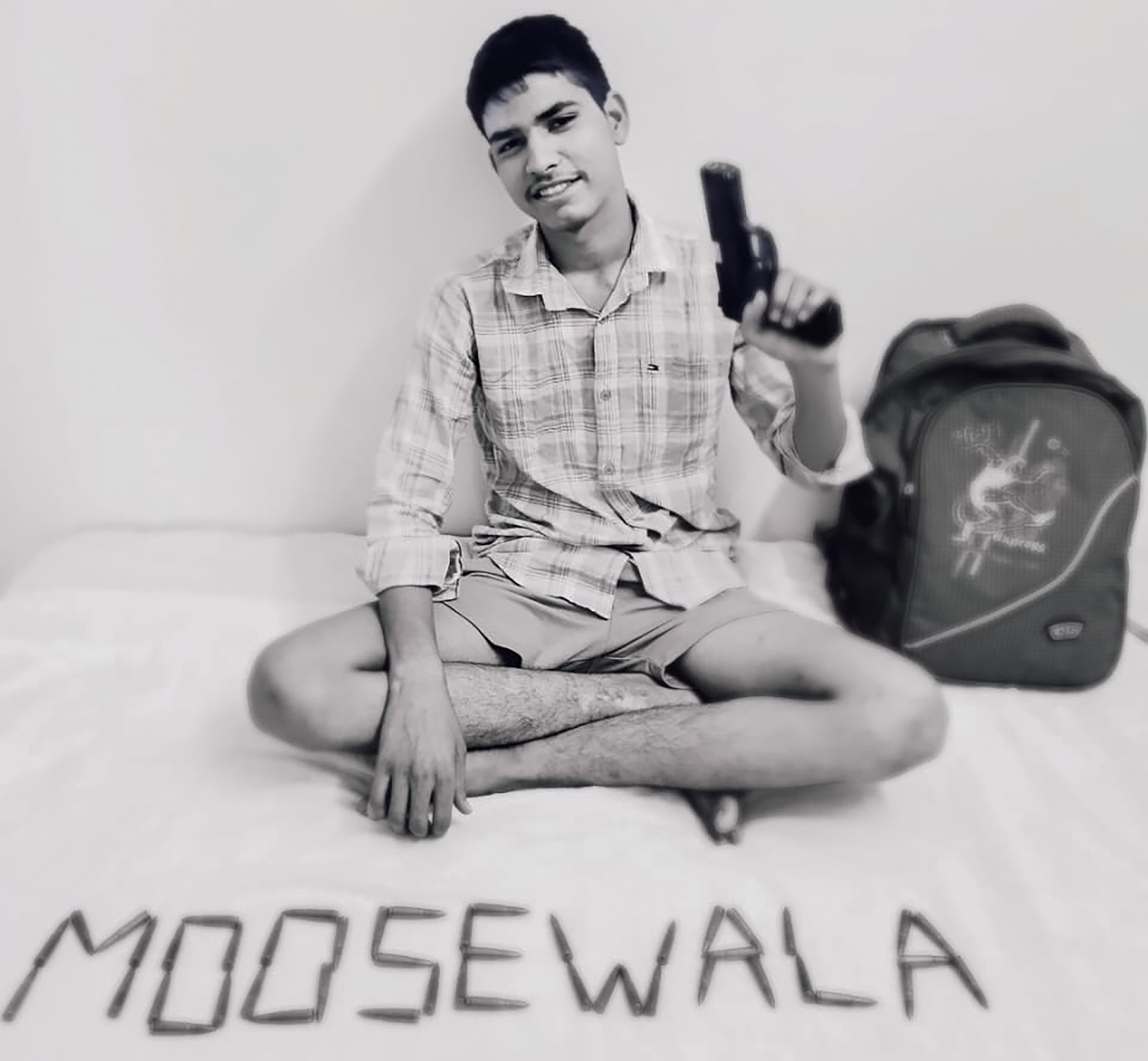 Nineteen-year-old Ankit Sirsa, arrested for killing Sidhu Moosewala, was one of the youngest shooters involved in Moosewala’s killing and the “most desperate”, police said on Monday.

A resident of Haryana’s Sersa village, Sirsa has also been named in two other cases of attempt to murder in Rajasthan, the police said.

He fired at least six rounds from two pistols at the Punjabi singer from a close range, police said.

Sirsa was involved in two other firing incidents in April on the directions of Lawrence Bishnoi, the police said.

Police also recovered photos of Sirsa brandishing pistols. In one of the photos, Sirsa is posing with an associate with pistols in both his hands.

In another photo, he is holding a pistol in his left hand and sitting by bullets that have been arranged to read “Moosewala”.

Sirsa was arrested by the Delhi Police’s Special Cell on Sunday night along with Sachin Bhiwani (25), who was responsible for harbouring four of the shooters involved in Moosewala’s killing.

The two are part of the Lawrence Bishnoi and Goldy Brar gang alliance, according to police.

Special Commissioner of Police (Special Cell) HGS Dhariwal said, “Sirsa fired simultaneously from two pistols and was the closest to Sidhu Moosewala’s car during the shootout. His associate Sachin Bhiwani was also arrested,” he said.

Sirsa is a close aide of the main shooter, Priyavrat alias Fauji, he said.

Priyavat was arrested by the Delhi Police’s Special Cell team from Kutch on June 19.

Moosewala was shot dead in Punjab’s Mansa district on May 29.