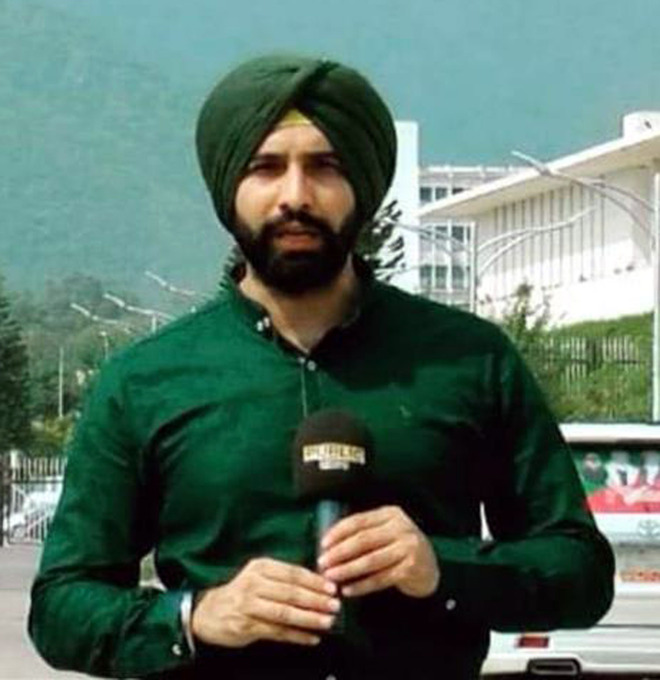 Pakistan’s first turbaned Sikh television anchor Harmeet Singh has complained about receiving threat calls from the Peshawar jail, where the murderers of his brother Parvendar Singh are lodged.

Parvendar (25) was shot dead by contract killers hired by his fiancée Prem Kumari on January 4 last year. His body was found in a drain on the outskirts of Peshawar.

Talking to The Tribune over phone, Harmeet said Prem Kumari and her accomplices had recently procured bail from the high court.

Harmeet claimed that since he belonged to a minority community, he feared he might not be able to pursue his brother’s case as the authorities appeared to be going soft on the accused from the majority community.

“Today, I received a call from the Peshawar jail. The man on the other side introduced himself as Mohammad Ibrahim, who had shot my brother. He threatened me with dire consequences if I did not compromise in the case. I was aghast that he used the jail’s phone to threaten me fearlessly.”

“I have appealed to Pakistan PM Imran Khan and the Chief Justice to take cognisance of the incident as my whole family is under threat,” he said.