'Don't push Punjab back to black days of terrorism of 1980s; it was Darbara Singh vs Giani ji then, now it is Capt Amrinder S Sidhu vs Navjot S Sidhu: BJP 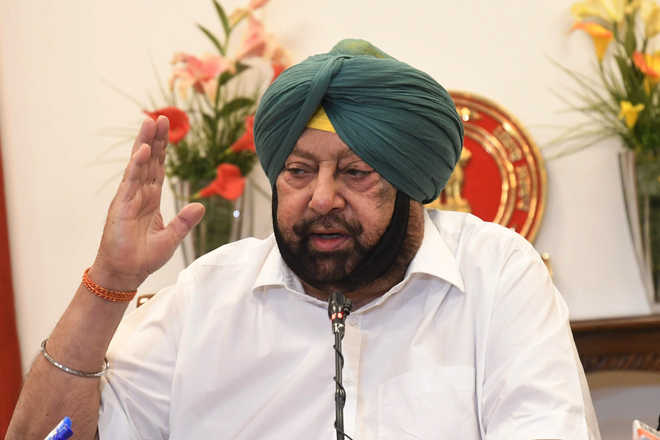 From comparing Punjab Congress to “sinking Titanic” to saying that it was too much to expect the party to take on the BJP when its leaders are busy fighting amongst themselves, leaders of different political parties reacted to Capt Amarinder Singh stepping down as Punjab Chief Minister.

Shiromani Akali Dal (SAD) president Sukhbir Singh Badal said Capt Amarinder Singh’s resignation was a self admission on the part of the Congress party as well as its high command that the party had failed to perform in the State and had nothing to show for more than four and a half years of governance.

Asserting that this was a testimony to what the SAD had been stating all along, Sukhbir Badal said Capt Amarinder had been punished by nature for lying with Gutka Sahib in hand and that every member of the Congress party would suffer the same fate.

Sukhbir said a mere change of guard would not save the Congress party’s sinking ship in Punjab. He said the entire State cabinet as well as the Congress MLAs were steeped in corruption and were running various kinds of mafias including sand, liquor and drug mafias. “The Congress party cannot hope to save its incompetent government and befool Punjabis with a mere change in face.”

Governance in the state of Punjab has been the biggest casualty in Congress's 'Game of Thrones' pic.twitter.com/JbbriFhHxy

“Governance in the state of Punjab has been the biggest casualty in Congress's 'Game of Thrones',” AAP spokesperson Raghav Chadha tweeted.

In a video message, Chadha said the issues of Punjab have been put on the back burner amid a power struggle in the ruling party.

"Congress has cheated the people of Punjab. They do not care about the welfare of Punjab, but their own personal happiness. Congress is a drowning Titanic that neither has vision nor commitment or performance," Chadha said in Punjabi.

"I guess it’s too much to expect the Congress to take the fight to the BJP when its state leaders are too busy fighting amongst themselves," Omar Abdullah said.

In a series of tweets, Omar said, "Ordinarily I wouldn't give a toss about the fratricide in the Congress party - their party, their business. However what the Congress does has a direct fallout for every political party outside the NDA orbit because almost 200 Lok Sabha seats see a direct BJP - Cong fight," he added. With agency

I guess it’s too much to expect the Congress to take the fight to the BJP when its state leaders are too busy fighting amongst themselves.

Don't push Punjab back to black days of terrorism of 1980's. It was Darbara Singh vs Giani ji than, now it is Capt. Amrinder S Sidhu vs Navjot S Sidhu. In 1984 Tanks were sent in Golden Temple, more than 25K youth were vanquished in Punjab, more than 3K were butchered in Delhi. https://t.co/YS6tBjTsy3