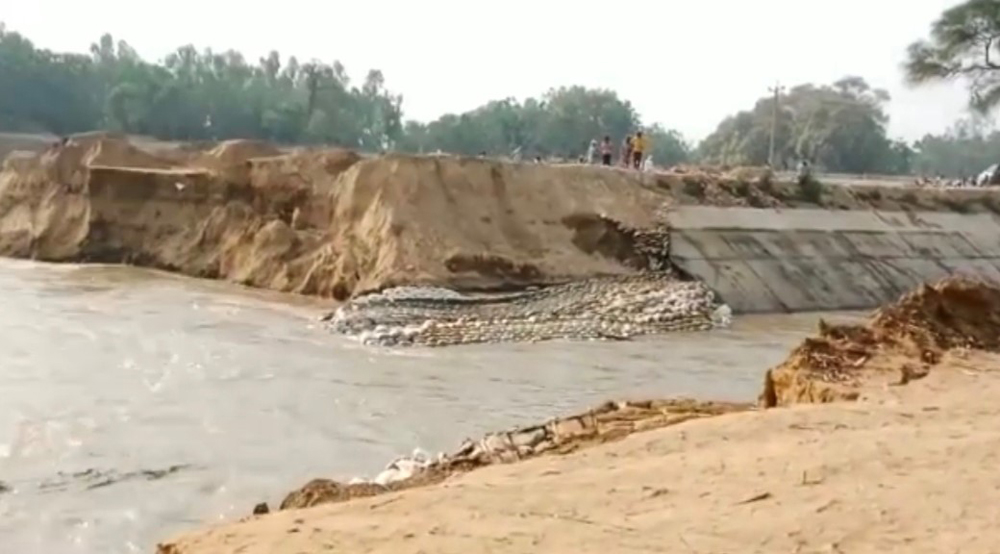 The breach in the Sirhind Feeder canal. Tribune photo

The breach in Sirhind Feeder canal – the lifeline of the area – has created scarcity of water in the region. The water supply to some villages and urban areas for drinking and irrigation purposes is badly hit. Notably, this canal supplies water to a number of distributaries in the region. As a result, the Water Supply and Sewerage Board in Malout has announced the supply of potable water on alternate days.

Farmers in Muktsar and Fazilka claimed they were hit hard due to closure of the canal at this juncture. “The fields require water for irrigation purposes as the cotton crop has already been sown and the sowing is still underway in some pockets. Further, the paddy sowing season is about to begin. Last time, when this canal had developed a breach, the water supply was resumed after almost three weeks. This time, we can’t wait for such a long time. Farmers, especially kinnow growers in Fazilka, have already threatened to start a stir,” said some farmers.

They further alleged that the substandard material was used for the relining of this canal, which led to breach at the same place twice in 38 days. The canal developed a 200-ft breach near Thandewala village, here, on March 31. The canal again developed a 100-ft breach at the same place on Sunday night. Some farmers of Fazilka district claimed they had even lodged complaints highlighting the poor quality of material being used for the multi-crore relining work of the canal, but to no avail. Meanwhile, the Irrigation Department has suspended its Superintending Engineer of Ferozepur canal division.

Farmers in Muktsar and Fazilka claimed they were hit hard due to closure of the canal at this juncture. The fields require water for irrigation purposes as the cotton crop has already been sown and the sowing is still under way in some pockets. The paddy sowing season is also about to begin.