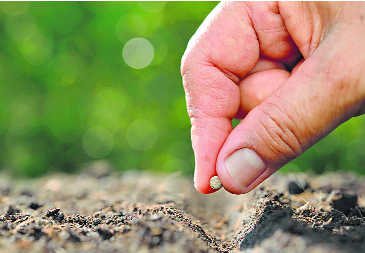 Even as one more person was arrested and another 12 dealerships were revoked for selling unauthorised non-certified seeds in the district, DGP Dinkar Gupta on Tuesday constituted a state-level SIT to get to the bottom of the racket.

The SIT, headed by ADGP Naresh Arora, will take over the Ludhiana SIT investigation, and will look into any other existing and future complaints regarding the sale of spurious seeds.

The SIT has been tasked with expeditious completion of the probe to ensure that all culprits are identified and arrested at the earliest, the DGP said in a press statement.

Giving details of the arrest made by the Ludhiana SIT, the DGP said the accused had been identified as Baljinder Singh, alias Ballian, of Ludhiana’s Bhundri village. Baljinder’s arrest followed that of Harwinder Singh, alias Kaka Brar, who was arrested for his alleged involvement in the scam.

The owner of 34 acres in Jagraon, Baljinder is a member of farmers’ association formed by the PAU to give information to farmers about new seeds and techniques.