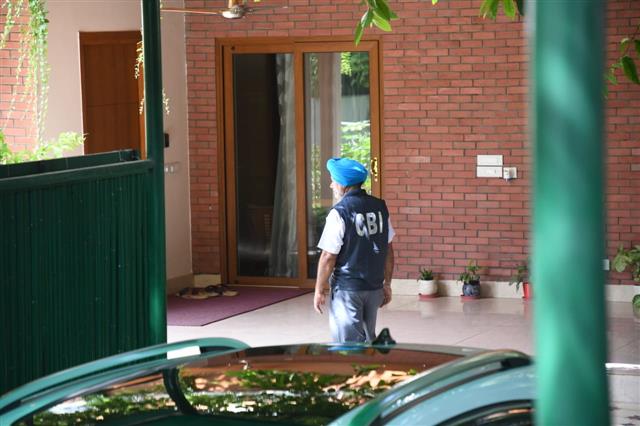 "Manish Sisodia is the best education minister of Independent India. Today the largest US newspaper NYT printed his photo on the front page. And today Modi ji sent CBI to his house. How will India progress like this?" Mann said in a tweet in Hindi.

The CBI on Friday carried out searches at 21 locations in Delhi-NCR, including Sisodia's residence, after registering an FIR in connection with the Delhi excise policy case.

Other ministers in the Bhagwant Mann-led Aam Aadmi Party government in Punjab, too, attacked the BJP-led Centre after the CBI raid at Sisodia's house.

"The Day no. 1 Newspaper of the no. 1 country in the world recognises Delhi govt's Education Model & @msisodia  ji as best education minister ever. Same Morning CBI is sent to Manish ji' house by Shameless BJP. It proves BJP doesn't want India to have perfect govt Schools," Punjab's Minister of School Education and Jails, Harjot Singh Bains, said in a tweet.

Health Minister Chetan Singh Jouramajra said, "Today the largest newspaper in the US, NYT, printed his photo on the front page. And today Modi ji sent the CBI to his house..."