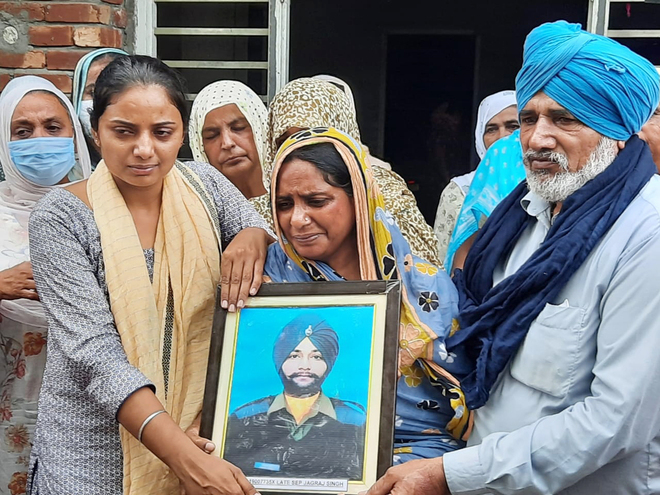 The kin of Sepoy Jagraj Singh at his cremation in Bathinda.

Soldier Jagraj Singh (26), who breathed his last at the Military Hospital in Chandimandir on June 14, was cremated with state honours at Sheikhpura village on Wednesday.

A large number of locals bid farewell to Jagraj Singh, who was the only son of a poor farmer. He had been serving the 23rd Sikh Battalion of the Army for the past seven years.

Jagraj Singh’s regiment is currently in Rajasthan. He was injured during training in Rajasthan on June 5 and was taken to Suratgarh Hospital by the Army, but was later airlifted to the Chandimandir Military Hospital. He underwent an operation for his injuries, but passed away on June 14.