Centre approaches SGPC regarding design; to be released on May 1 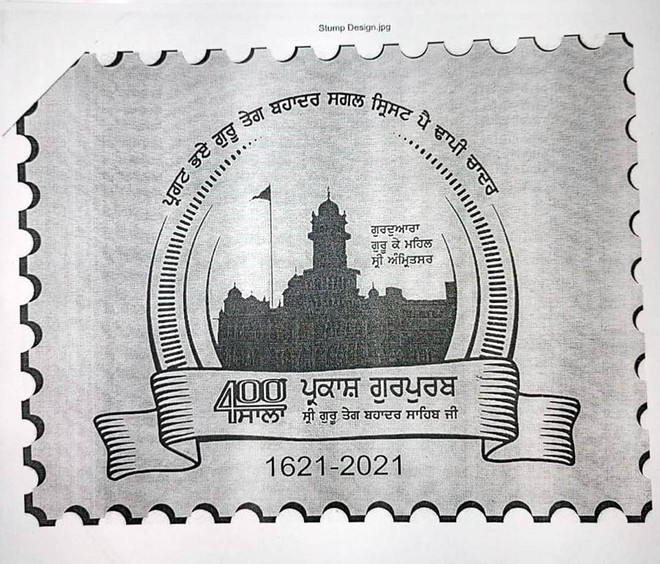 The Centre, which had invited Sikhs’ ire for disallowing a jatha to Pakistan for commemoration of Saka Nankana Sahib recently, has now inclined to participate in the 400th birth anniversary of Guru Tegh Bahadur, scheduled for May 1.

The Union Ministry of Culture has approached the SGPC regarding the design of the commemorative coins, postage stamp and envelope that could be released to mark the occasion.

SGPC’s honorary secretary Harjinder Singh Dhami said the proposed design of coins and postal stamp has been sent to the ministry. “The Centre asked us about the denomination and design of the commemorative articles along with the text material that could be scribbled on them. These would be released on May 1,” he said.

SGPC’s design team has proposed to have the image of Gurdwara Guru Ke Mehal with a slogan dedicated to 400th anniversary of the Guru and year 1621-2021 at the bottom, emblazoned on one side of the coin and denomination on the other side. A similar design was proposed for the stamp and the envelope.

Gurdwara Guru Ke Mehal, few yards away from the Golden Temple, gained significance as it was the birth place of Guru Tegh Bahadur.

On its part, the SGPC has plans to offer specially crafted gold and silver coins so that the devotees could preserve them as a memoire of the historic centenary. It has also sent a report to the Centre in the light of Guru Tegh Bahadur’s baani (holy writings) and his life history.

SGPC president Bibi Jagir Kaur has already clarified that no special invitations would be sent to the PM, CMs or any VVIP guests on the occasion. “Anyone, irrespective of his or her social status, would be welcomed like a common devotee,” she said. Meanwhile, nagar kirtan is underway to mark the occasion.