Spike in drugs, arms seizure along border in Punjab 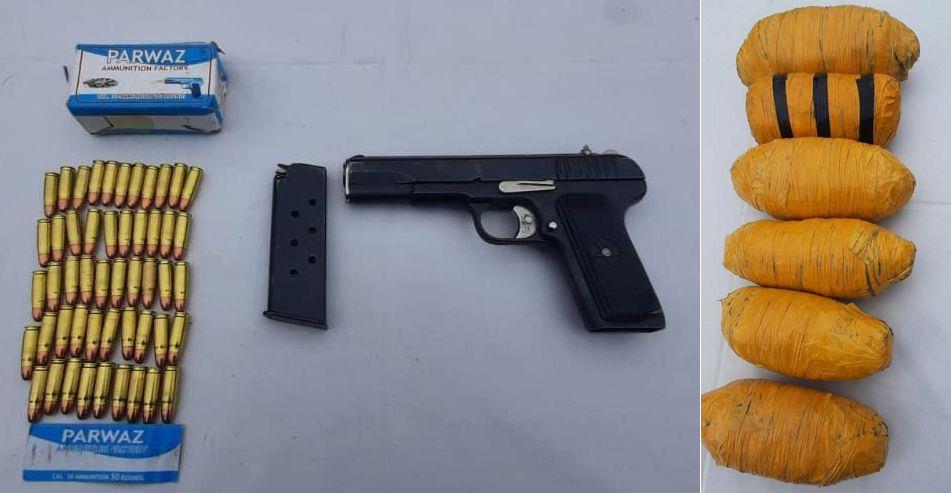 Arms, ammunition and heroin recovered by the BSF in Ferozepur.

The state is witnessing a spike in number of drugs and arms being smuggled across the international border here.

Pakistan-based drug operatives trying to push drugs and contraband across the fence, which usually see a spurt in demand during polls.

After seizing 22-kg heroin, a pistol and ammunition on Tuesday, BSF sleuths today thwarted yet another attempt to push the narcotics and ammunition in the Indian territory. BSF sleuths recovered six packets of Rs 31.5-crore heroin weighing 6.36 kg, along with one pistol, a magazine and 50 live rounds near the New Mohammadi Wala border outpost. — OC