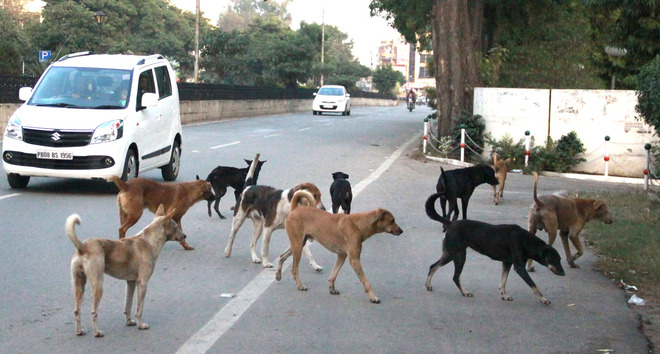 Viraj Kumar, 4, died after being mauled by stray dogs near Khanna two days back. He is among many such victims in Punjab in the past four years.

The state recorded 1.35 lakh cases of dog bite in 2019. The number could be much higher as these cases don’t include the ones which were given treatment in the private sector or those who did not seek treatment anywhere.

The number of dog-bite cases is on the rise in the state as there is no proper coordination between three departments: Local Bodies, Rural Development and Panchayats and Animal Husbandry. This is happening despite the fact that the stray dog menace issue has been raised almost in every session of the Assembly in the past decade.

Last year in July, Chief Minister Capt Amarinder Singh had constituted a working group under the chairmanship of the Additional Chief Secretary (Health) to tackle the growing menace of stray dogs in the state. The group was mandated with the task of finalising an action plan to check the menace in a result-oriented manner, with a time-bound strategy to control their population.

But nothing seems to have worked as a glance at the data of past four years reveals that there is continuous increase in the cases. Last year, the state government hospitals treated 1.35 lakh dog-bite victims, which is around 20 per cent increase as compared to 2018. In 2016, 1.10 lakh cases were reported, in 2017 the number was 1.12 lakh, and in 2018, it was 1.13 lakh. Putting together the figures, more than 4.7 lakh cases of dog bite were reported in just government hospitals in the last four years.

In district-wise data, Ludhiana is the worst affected with around 15,000 cases. It is followed by Patiala and Jalandhar with around 10,000 cases and then Hoshiarpur with more than 9,000 cases.

Dr Preeti Thaware, Programme Officer, State Rabies Control Programme, said the reason behind the increased number of dog-bite cases was the increase in dogs’ population. She said the Health Department’s duty was to provide treatment to victims. “In 2018, we provided around 2 lakh units of anti-rabies vaccine,” he said.

As per the government report, the total dog population in the state is 4.70 lakh and of them, 3.05 lakh are stray dogs.