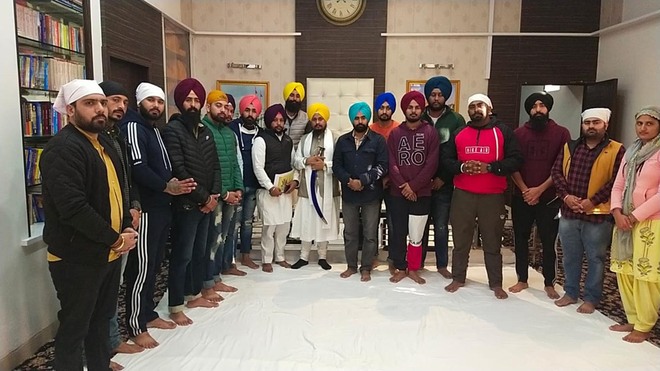 A group of representatives of Indians holding New Zealand work visas, who are stuck here due to the Covid-19 lockdown, have sought the intervention of Akal Takht.

As they did not get any response from the authorities concerned in New Delhi, they met Akal Takht’s officiating Jathedar Giani Harpreet Singh. The closure of New Zealand’s border on March 19 was applicable to anyone who was not a citizen or resident of the country. In June, New Zealand declared itself Covid-19 free, but the borders remain closed for foreigners, except for essential workers or for medical reasons.

This leaves more than 600-700 Indian families, who had come to India just before the borders were closed, in a fix.

They had approached the New Zealand Commission, but no conclusive response was received.

Prabhjot Singh said they were work visa holders who had no clarity about their future. “Visas of some of us are going to expire. We want the government to put our visas on hold and extend the expiry date as it was an unpredictable situation due to the pandemic,” he said.

Many of them had gathered in New Delhi to hold a protest in front of the High Commission at Chanakyapuri, but were not allowed to do so. “Therefore, we protested at Jantar Mantar, but neither any diplomat nor anyone from the External Affairs Ministry took cognisance of it. We decided to raise our voice through Akal Takht. We were given assurance by the Jathedar that he will take up the matter with Sikh societies in New Zealand and the embassy,” he said.