Sukhbir Badal reaches out to farmers in Guruharsahai 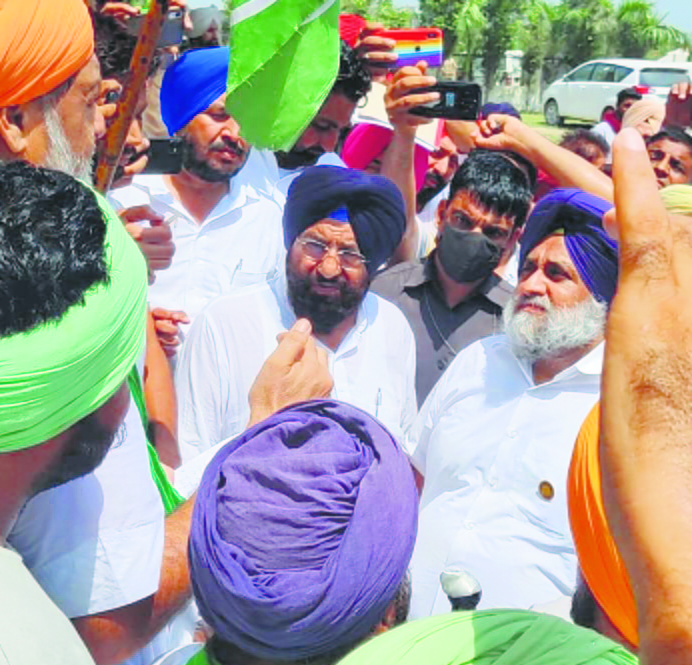 The SAD chief interacts with union leaders at Guruharsahai.

On the second day of his “100 days, 100 constituencies” programme, SAD president Sukhbir Singh Badal today claimed his party was farmers’ only voice in Parliament.

Trying to strike a chord with farmers who protested in front of his convoy in Guruharsahai, Sukhbir disembarked from his SUV and interacted with Harnek Singh Mehma of BKU (Dakounda) and others spearheading the protest.

Sukhbir stressed the SAD alone stood up against the Centre by voting against the three farm laws in Parliament, even though the Congress and AAP chose to abstain from voting. Sukhbir told farmers that the SAD also raised the voice of farmers during the recent monsoon session.

Sukhbir said the moment the three ordinances were presented in Parliament, Harsimrat Kaur Badal protested and subsequently resigned. “We were assured that the views of farmers would be taken into consideration and this is why we held meetings with all farmer organisation representatives to take their views. The farmer leaders told us to vote against the three Bills and specifically said we should not stage a walk out or abstain from voting. We did that and left the NDA.” Meanwhile, the SAD chief today declared Vardev Singh “Noni” Mann as the party candidate from Guruharsahai. — OC