Police get two-day remand of accused 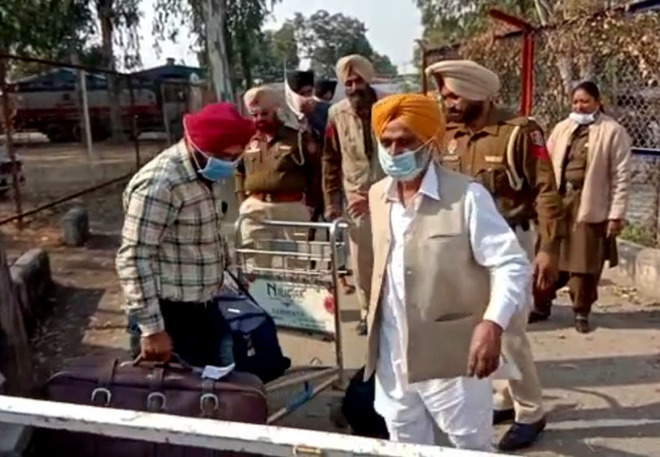 The accused in police custody in Amritsar. Tribune photo

of Gurdwara Nanaksar Samadh Bhai, Moga, to clarify his stance over the issue.

Meanwhile, the police procured two-day remand of Jawala Singh and his son Jasveer Singh, who had disclosed the name of the baba during the preliminary investigation by the police.

SHO Rajinder Singh of Police Station, Airport, said the baba had also been included as an accused in the FIR. The trio had been booked under Sections 295A, 120B and 34 of the IPC.

In a communication sent to the baba, the Jathedar questioned him to reveal his source through which he had procured the ‘saroop’ and the motive behind it. Jaspal Singh, PA to Jathedar, said the baba was given five days to furnish his reply at the Akal Takht Secretariat. — TNS