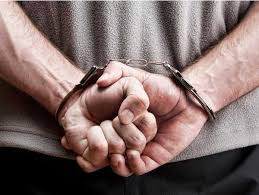 The Vigilance Bureau today arrested an inspector of the Sales Tax Department for allegedly receiving Rs 40,000 as bribe. Paramjit Singh Virk, SSP, Vigilance Bureau, Faridkot, said the accused, Vikas Kumar, was employed with the mobile wing of the department in Fazilka.

Deepak Goyal, owner of a plastic goods factory in Faridkot, had complained that his raw material worth Rs 4.5 lakh was impounded on January 6 on the suspicion of tax evasion. The complainant said the accused demanded Rs 80,000 as bribe to settle the case. However, the deal was struck at Rs 40,000. After receiving the complaint, the Faridkot team of the bureau nabbed the inspector red-handed while accepting Rs 40,000 as bribe. — TNS