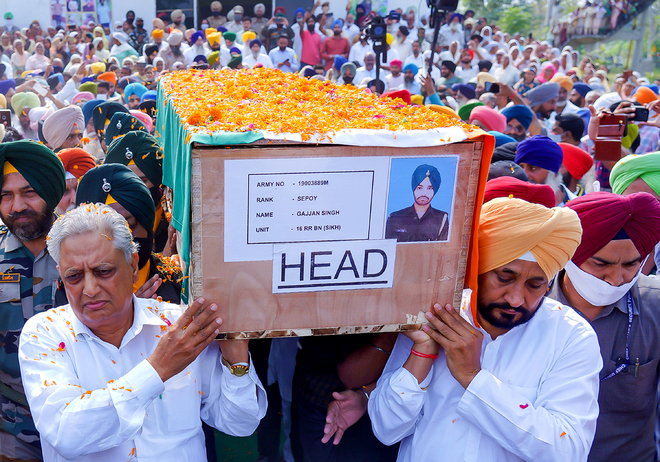 The mortal remains of Sepoy Gajjan Singh were cremated at Pachranda village here today in the presence of thousands of people.

Gajjan Singh (27) of the 16 RR Battalion of Sikh Regiment, along with four others, was martyred during a gunfight with terrorists in Surankote area of Poonch in Jammu on Monday.

Earlier, the sepoy’s mortal remains were received by hundreds of Kirti Kisan Morcha volunteers at Kahanpur Khui before being taken to his home.

After the funeral procession reached the cremation site, the CM and the Speaker took the body to the pyre, where wreaths were laid on it by politicians, Army officers, police officers and civil servants. Following this, an Army contingent gave a gun salute as the sepoy’s father Charan Singh, along with his grandson and the Chief Minister, lit the pyre.