Tempers flare over restoration of carcass disposal point in Maur : The Tribune India

Tempers flare over restoration of carcass disposal point in Maur 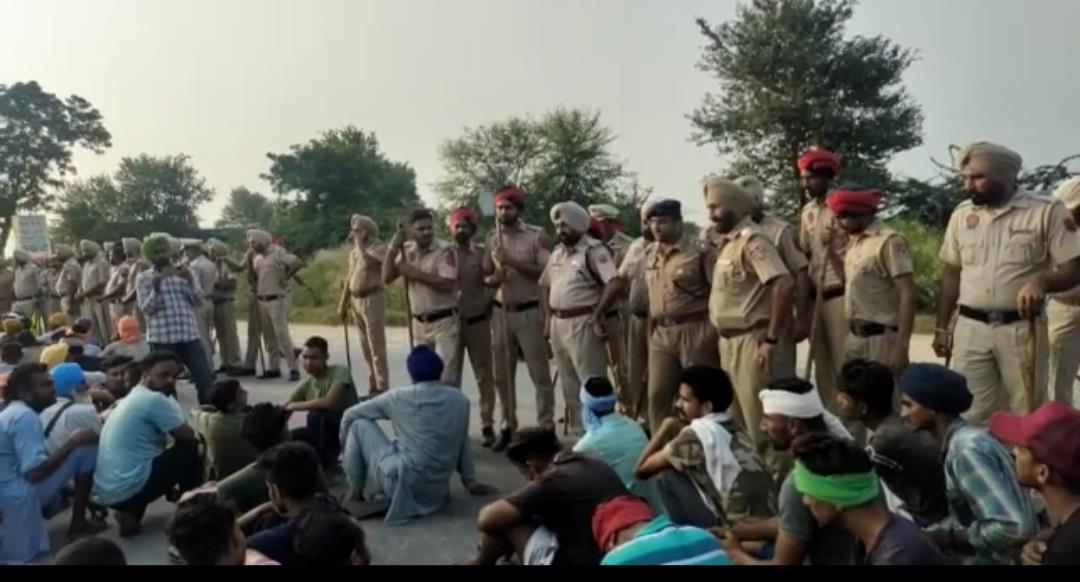 The police personnel deployed at Ghuman Kalan village in Maur.

The issue regarding restoration of carcass disposal point (hadda rodi unit) at Ghuman Kalan village in Maur flared up with two factions (one in favour and the other opposing it) coming face to face today. Later, a heavy police force had to be deployed in the village.

As per information, when a team led by Naib Tehsildar Jagtar Singh reached the spot to take measurements for the carcass disposal unit, a group of men from the village tried to stop them, following which the police resorted to cane-charge the protesters in order to disperse them.

This further enraged the protesters who hurled the stones at the officials. Later, a senior citizen allegedly tried to consume a poisonous substance and was rushed to the hospital.

The group opposing the restoration of the unit blocked Bathinda-Mansa Road and raised slogans against the administration.

The protesters allegedly held the district administration officials captive, following which the police used mild force and detained some of the agitators.

Bathinda SSP J Elanchezhian said, “We have registered a case against the main accused and a few of them have been arrested. After probing the matter further, more persons are expected to be booked in the case.”