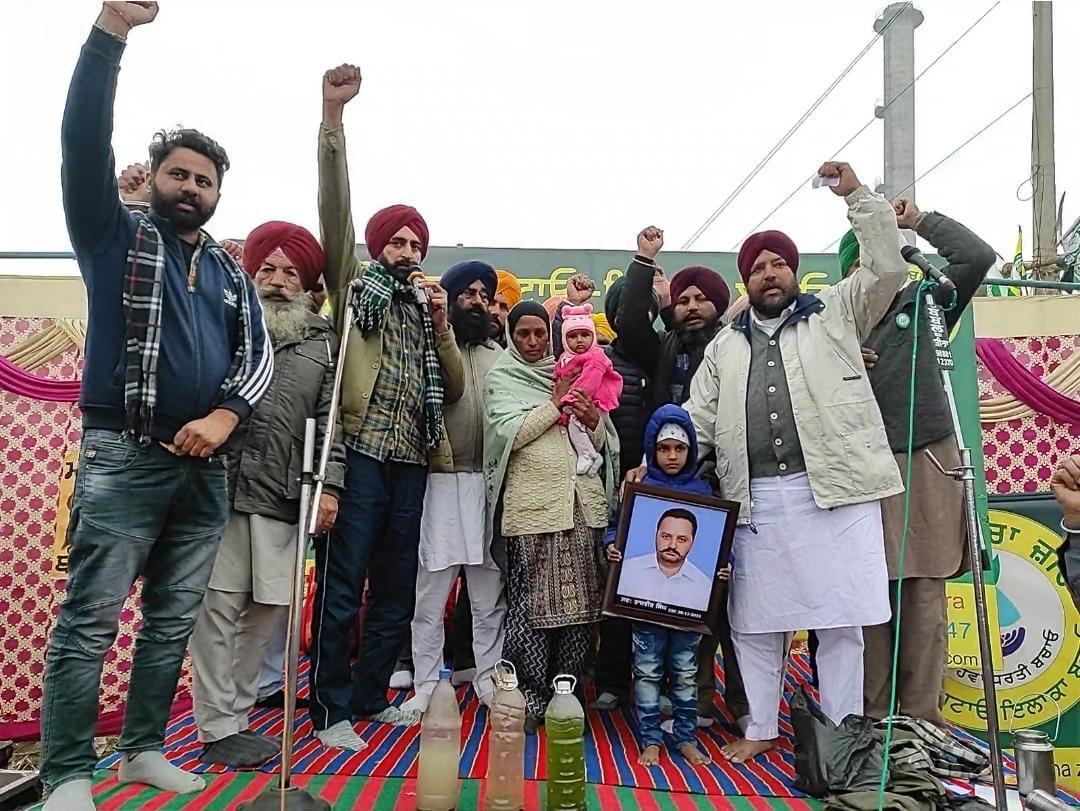 Protesters raise slogans during the bhog of farmer Rajvir Singh at Mansurwala on Friday.

Protesters raised a strong pitch for the closure of the ethanol plant at Mansurwala village, where thousands belonging to various farm unions and social organisations converged today to attend the bhog of Rajvir Singh (37). He had died a few days back allegedly due to the pollution generated by the ethanol plant in Zira.

No faith in probe

We have no faith in any kind of probe. We have only one demand now. The factory should be shut down permanently — Roman Brar, Sanjha morcha member

Spearheaded by members of the “Sanjha Morcha”, the congregation saw various farmer unions, including the Bharti Kissan Union (Ekta Ugraha), BKU (Krantikari), BKU (Dakaunda), BKU (Rajewal), BKU (Sidhupur), Kissan Majdoor Sangharsh Committee and Ajaad Kissan Sangharsh Committee. They raised their voice for the cancellation of the NOC to the plant till January 15 and FIRs registered against the protesters, while demanding the registration of FIR under Section 302 of the IPC against the plant management for allegedly causing Rajvir’s death. At the same time, the protesters threatened the state government of intensifying the stir if their demands are not met.

Gurmail Singh, sarpanch of Mansurwala village, and member of “Sanjha Morcha” said due to this plant, several people had fallen ill and their cattle had died in the past. “We have already lost so much and on the contrary, the police have booked us in several cases. We wish to give an ultimatum to the state government to cancel the NOC of this plant and cancel all FIRs registered against our men till January 15, otherwise we will be forced to launch a statewide protest,” said Gurmail.

Roman Brar, another Sanjha Morcha member, said they had no faith in any kind of probe being carried out by the committees. “We have only one demand now and that is the factory should be shut down permanently,” said Brar.

The protesters also demanded a government job for one of the family members and financial assistance to Kuldeep Kaur, widow of deceased Rajvir Singh. Besides, they retierated their demand to register a case against the plant management, taking cognisance of his dying statement.

“My husband’s condition deteriorated due to ashes coming out of the plant. Both his kidneys were badly damaged due to contaminated water. Most of our savings were spent on his medicines. Even my gall bladder had to be removed due to polluted water. I request to the government to provide some financial assistance to us besides a government job should be given to one of our family members,” said Kuldeep Kaur.

Meanwhile, the district administration has sent the collected samples to three labs. Sagar Setia, ADC (G), said 13 water and soil samples collected by the fact finding teams had been sent to Shri Ram Laboratory, SAI Laboratory (Patiala), and CSIR-IITR Lab (Lucknow). “We have deputed officials under whose supervision the samples will be sent to these labs. The administration has also sent a letter to the members of “Sanjha Morcha” asking them to send their representative during the opening of these samples in the labs,” said Setia, adding that the entire process will also be videographed.

Meanwhile, the firearm licences of the 21 protesters, which had earlier been cancelled, have been reissued on the condition that they (protesters) will not take their firearms to the protest site.