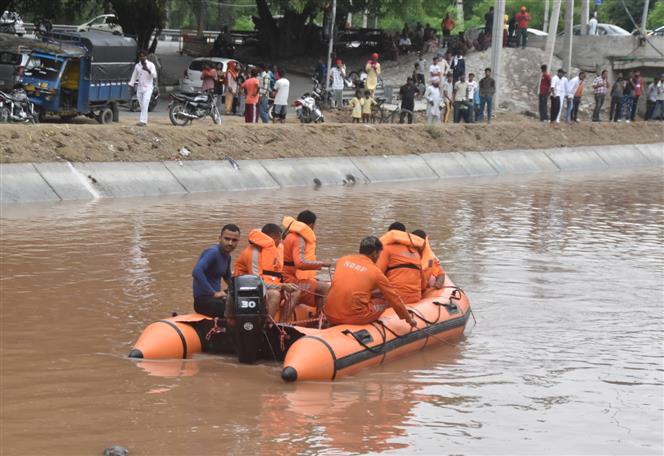 An NDRF team carries out a rescue operation in Bathinda.

National Disaster Response Force (NDRF) teams today fished out the body of a child, who along with his two cousins, had fallen into Sirhind canal near Joggers Park here yesterday.

While two kids were rescued by a passerby, body of Avtar Singh (13), was recovered late evening today.

As per information, Avtar, a resident of Bhagtuana village, had come to his maternal grandfather’s house. He along with his cousins—Gurpreet Singh and Manpreet Singh—went to the banks of Sirhind canal. As water increased due to rain, he fell into the canal. His cousins also fell into the canal while trying to save him.

An NGO activist got two kids admitted to the hospital and both were stated to be out of danger. The body of Avtar has been sent for the post-mortem.