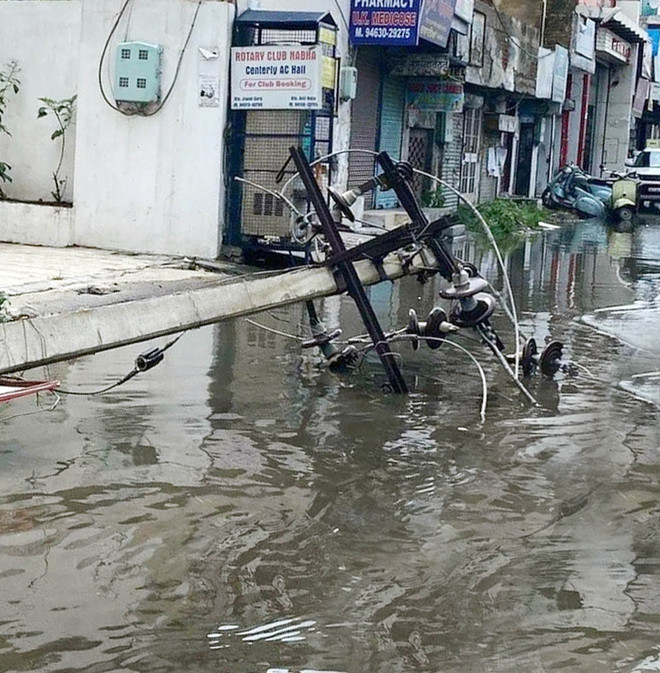 A third thunderstorm in less than 10 days hit the region on Thursday evening, snapping power lines in several parts of Punjab.

The storm also interrupted power supply to many villages, on the first day of the paddy season but brought some relief for the power corporation as the demand was likely to dip with rain and a drop in temperature.

As per information gathered from officials, the 11 KV system of the PSPCL suffered maximum damage due to the late-evening storm.

“Our officials are working hard in the field but due to high-velocity winds, they are finding it hard to rectify the problem,” said an official.

Gusty winds took down trees in several parts of the state with villages and cities facing power snags.

The PSPCL has already suffered a loss of over Rs 8.50 crore following the last two storms in the state. It took power officials over 24 hours to restore the supply to many areas.

“Already facing a shortage of men and material, the restoration process is likely to take over 24 hours in many parts of the state”, said an engineer.

However, senior officials said their teams were in the field and would work to restore power at the earliest. A majority of the districts that faced the thunderstorm were powerless till the filing of the report.