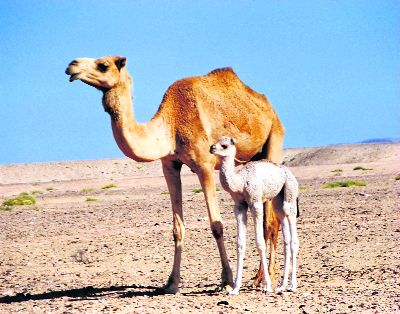 With the vanishing population of camel ringing alarm bells, the Department of Animal Husbandry has asked the Centre to help in initiating some project to save the animal from getting extinct from the state. As per the 20th Livestock Census, just 120 camels were left in the state, which is over 99 per cent decline in the past 15 years.

Taking serious note of the situation, state functionaries recently held a meeting with Union Government officials and demanded that the state be provided financial aid to initiate some project for the preservation of the camel population. Sources said in the meeting held on December 12 with the Joint Secretary with the Union Ministry of Animal Husbandry, Diary and Fisheries, various states, including Rajasthan, Haryana and Punjab, expressed concern regarding the steep decline in camel population in the state.

Punjab officials demanded that since the state’s camel rearers were the biggest sufferer in the country with over 99.60 per cent decline in camel population in the past 15 years, they should be given financial aid to start a tourism project to preserve the remaining population. They have also suggested that the camel owners be given honorarium so that they can continue to rear the camel.

Besides, the state is planning to make a database of the remaining 120 camel rearers on its own, so that something could be planned in near future. Experts of the ICAR-National Research Centre on Camel, Bikaner, have also advised that the only way to save the camel population is to link them with some profitable schemes. Otherwise 10 years down the line, they will only be seen in zoos.

Thanks to the emergence of small mechanised vehicles like Chhota Hathi, the numbers of all draught animals have fallen drastically. Till 2003, the camel population was over 30,000. Though the camel population has seen a continuous decline since 1990, it completely went out of favour in just five years between 2003 and 2007. Those four years witnessed camel population going down from 30,000 to just 2,000.