More than 25 youths have reportedly lost their lives in May 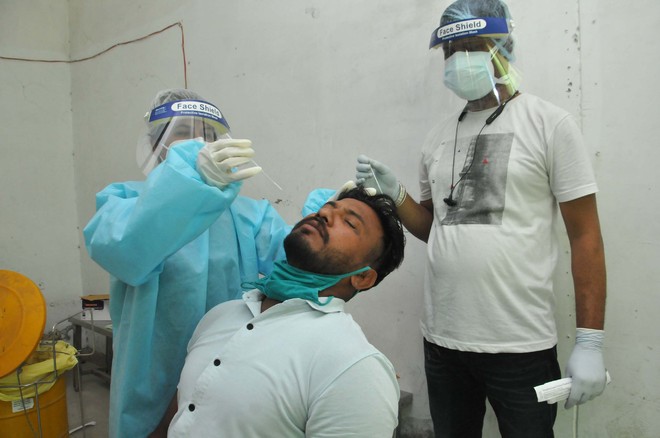 A 26-year-old woman from Lakhan Kalan village of Kapurthala and another 24-year-old youth from the city lost their lives to coronavirus on Tuesday. Among the seven casualties reported from the district, two were less than 30 years old.

In Hoshiarpur, of the 10 fatalities today, four were of the 30-40 years age group. These included a 32-year-old man from Nangal Kalan village and three women aged 36 from Rahimpur, 37 from Talwara and 40 from Adarsh Nagar.

From Nawanshahr, a 24-year-old youth and a 37-year-old doctor were among the two fatalities reported in the past two days. In Jalandhar, more than 25 youths have reportedly lost their lives in the month of May. The doctors who have been watching the younger age group falling prey to the virus are terming it a very disturbing trend. Says Dr Parminder Kaur, Civil Surgeon, Kapurthala, “The younger age group is increasingly getting vulnerable to the virus. This observation is being made all across the country and is indeed quite worrying for everyone. That is why the state government is giving priority to the 18 to 44 years of age group for vaccination.”

Asked about the possible reasons for the same, she said, “This could be because of the fact that the youth keep on loitering around and sometimes go casual about illness. They generally do not show initial signs of illness as their body fights well to the infection. They perhaps are taking medical treatment quite late.”

Nodal officer for Covid in Jalandhar, Dr TP Singh, told, “In May, 15 per cent of the casualties in Jalandhar are of those aged less than 45 years. In most of these cases, we did not find any co-morbidities. More kids have fallen ill to the infection in the second wave but thankfully there have been no fatalities.”