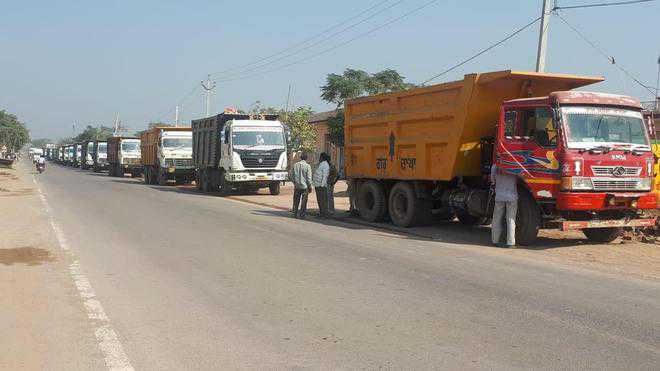 Notwithstanding Aam Aadmi Party’s tall claims of bringing the prices of sand and gravel down, Malout dealers allege that local truck union demands Rs 1,500 “goonda tax” on every sand-laden truck that is unloaded at their shops.

They met Cabinet Minister Baljit Kaur and Malout DSP Jaspal Singh today in this regard.

Union members today thrashed a truck driver and used foul language when a sand-laden truck was about to be unloaded in front of a shop here, claimed Varinder Sharma, one of the dealers.

Why should we hire trucks from Malout when the rent elsewhere is less? It is sheer muscle power of the truck union. —Amarjit Singh, Sand dealer

Another dealer Amarjit Singh said, “The local truck union wants that local trucks should be hired for transporting sand and gravel. Why should we hire local trucks when the rent elsewhere is less? It is sheer muscle power of the truck union.”

The dealers threatened to protest if the union was not reined in.

The dealers admitted that a meeting was held recently and it was decided they would pay the union Rs 1,500 per truck hired from other towns.

Thhe DSP, “I have told union members to stop extracting money, or else legal action will be taken against them.”