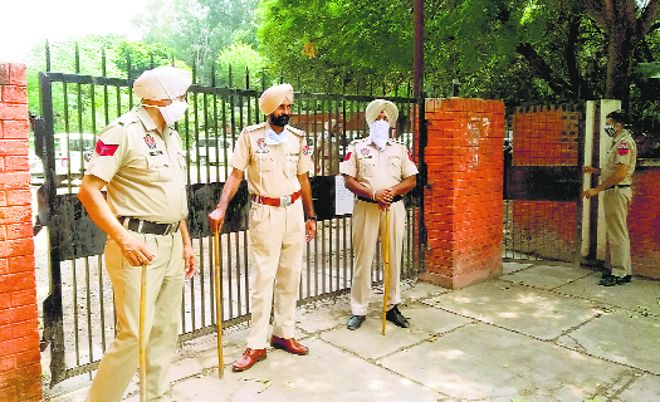 The Special Investigation Team (SIT) waited for Saini for two hours at the Mataur police station in Mohali, which had turned into fortress with the heavy deployment of police personnel and the restriction on entry of the public.

However, the counsel for Saini, Ramanpreet Sandhu, in a letter to Punjab DGP Dinkar Gupta and SIT members, said the former top cop was suffering from a fluctuating blood pressure and flu/Covid-19 symptoms and urged for granting a reasonable time of a few days to appear before the SIT. Sandhu requested that at the time of interrogation a well-equipped medical team may also be present.

He further said as Saini was high on the hit list of terrorists and that the FIR in question originated from a car bomb attack on him, so adequate arrangements be made to prevent attack, bodily harm, etc., from terrorists. He said Saini was ready to fully cooperate with the investigation team.

The former DGP was given relief by the Supreme Court on September 15 through interim stay on his arrest and directed him to cooperate and join investigations.