Article 32 deals with the ‘Right to Constitutional Remedies’, and gives the right to move the top court for the enforcement of the rights conferred in the Constitution 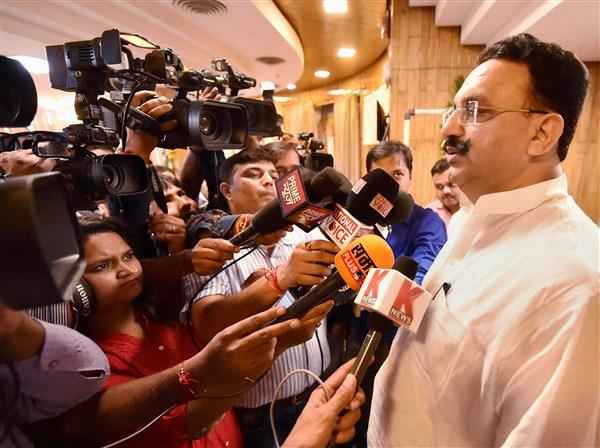 Only a “citizen” can move Supreme Court under Article 32 to claim fundamental rights and a state cannot invoke this provision, the Punjab government has told the Supreme Court while seeking dismissal of plea filed by Uttar Pradesh government seeking custody of gangster Mukhtar Ansari.

Article 32 deals with the ‘Right to Constitutional Remedies’, and gives the right to move the top court for the enforcement of the rights conferred in the Constitution.

Amarinder Singh government told the apex court that sole object of Article 32 is enforcement of fundamental rights guaranteed under part III of Constitution and no question other than that related to fundamental rights can even be determined under this provision.

“The state of Uttar Pradesh is not competent to file the petition as it is neither a citizen to whom the right is conferred and neither it has any fundamental rights which are violated and therefore can be enforced by this court. The very basis of the writ petition filed by Uttar Pradesh is faulty and fallacious and deserves to be dismissed,” Punjab government told the top court.

The submission was made in response to a plea filed by Uttar Pradesh seeking a direction to Punjab government and Rupnagar jail authority to immediately hand over the custody of Ansari to district jail Banda.

It has also sought a direction to transfer the criminal proceedings and trial in the extortion case in Punjab to the special court in Allahabad.

Ansari is lodged in district jail Rupnagar in Punjab since January 2019.

In its affidavit filed in the apex court, Punjab had referred to the medical condition of Ansari and said he had been undergoing treatment at jail hospital as well as other hospitals from time to time since January 2019.

While referring to the medical condition and advice of doctors, it has said that custody of Ansari “could not be handed over to the state of Uttar Pradesh due to the specific advice of the medical officers/medical board/specialists” from time to time. PTI