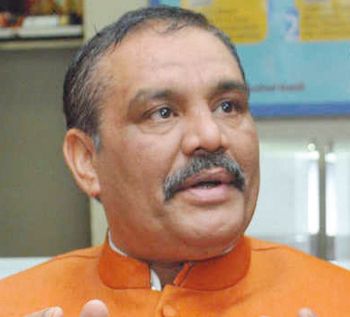 Former Union minister Vijay Sampla, who today assumed the charge of chairman of the National Commission for Scheduled Castes, said he would adopt “a three-tier appoach” to resolve all issues being faced by the Dalit community.

Sampla, who served as Union Minister of State for Social Justice and Empowerment from 2014 to 2019 and is counted among prominent Dalit faces of the BJP in Punjab, said it was a matter of pride for him that the Union Government had assigned him such an important responsibility.

Elaborating on the three-tier mechanism, Sampla said his focus would be on resolving the social issues being faced by the Dalit community. “Second, I will work to ensure that Dalits get justice in the government departments, whether it is the state or central, so that they are not subjected to any sort of exploitation,” he asserted.

In order to prevent injustice, exploitation, and resolve various issues being faced by the Dalits, whether socially or in government departments, from time to time, he will be submitting his report, in the form of suggestions, to the President.

They all extended their wishes to Sampla for a successful tenure.