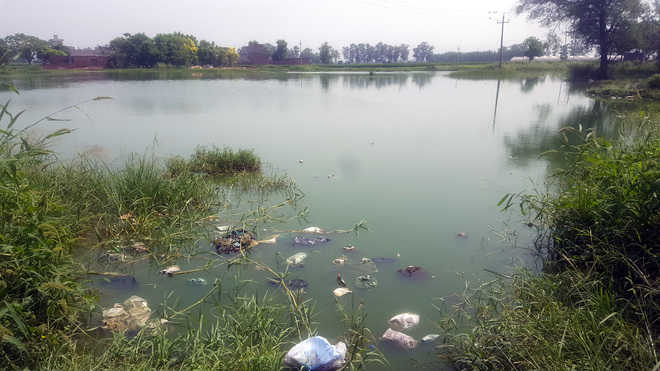 The renovation of a pond at Bhallaiana village in the Gidderbaha Assembly segment has come under the scanner after some residents raised questions over the quality of construction material being used.

The pond is being constructed under the Thapar model at a cost of Rs 30 lakh.

Villagers made videos of poor quality bricks used for the works. “The construction company has not used a bag of cement to make the boundary wall and only sand is being used. Further, the construction started three weeks ago, but no senior official has visited the site so far. We want stern action against the officials concerned and the firm,” said locals.

Rajesh Kumar Grover, Executive Engineer, Rural Development and Panchayats Department, said, “A Gidderbaha-based firm is doing the construction work. Some labourers made a mistake, which has been rectified. Even penalty has been imposed on the construction company as well.”