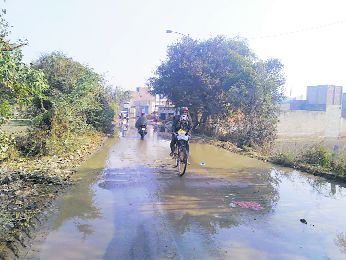 Maur, a suburban town in Bathinda district, reported a bomb blast outside a political rally few days before polling in 2017, killing seven persons.

Maur segment was crafted in 2009. In 2012 polls, former SAD minister Janmeja Singh Sekhon won from here, while in 2017, people voted for AAP candidate Jagdev Kamalu, but later he joined Congress. In the 2019 LS polls, Congress got a lead of around 5,000 votes.

People in the region are still in shock when they talk about the incident. There is resentment against the state government over its handling of the case as nearly five years have gone by and there is no headway in the case. Maur is a new Assembly segment crafted in 2009 after delimitation and the area still lacks many basic amenities. Maur was upgraded to a subdivision in 2013, but the one-time hub of the cotton ginning and spinning industry has seen a rapid decline.

Sewage disposal is a major issue in Maur town and residents are irked over sewage water stagnating on roads. A sewage treatment plant was constructed and its disposal was made at Lasara drain near Mandi Kalan, but the system failed due to leaking pipes. Staff shortage at the health department also hampers work. Even post-mortems are not conducted here, forcing people to go to the Talwandi Sabo Civil Hospital. The condition of ambulances is also bad. Leaders are seeking votes on development plank, but it seems providing basic amenities remained difficult for all ruling parties all these years.