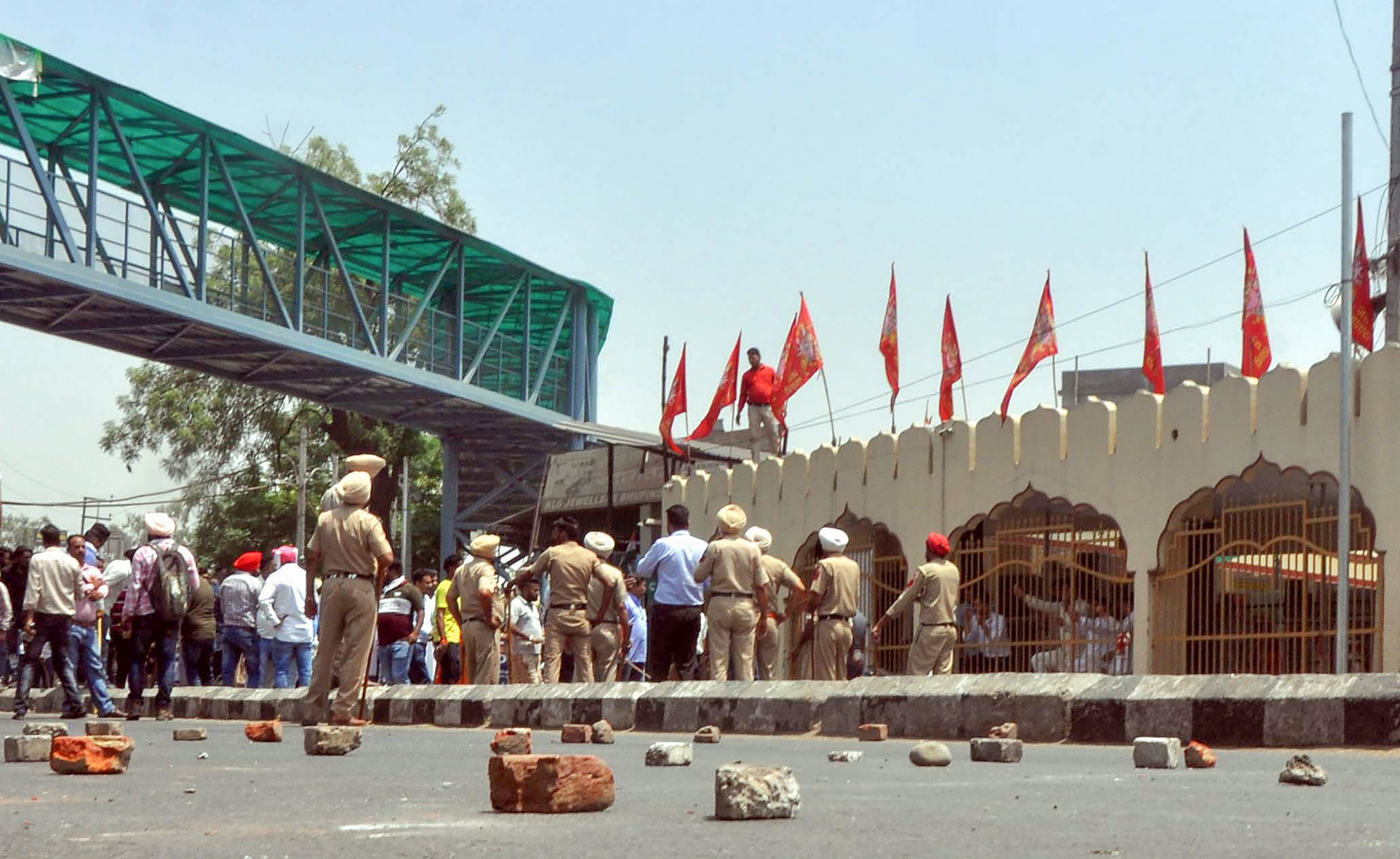 Two groups had clashed over a march in Patiala on Friday. file photo

Punjab Congress president Amrinder Singh Raja Warring on Sunday sought to know the whereabouts of CM Bhagwant Mann, who he said should have been in Patiala to restore the confidence of people there.

The government is making efforts to end mafia and corruption in Punjab. Those who cannot digest this are trying to divert the attention. — Malwinder Kang, AAP

“It is surprising the CM is out of action, vanishing completely on a day when he should be the most visible and involved in the affairs of the state,” said Warring while pointing out Mann’s absence from Patiala since the Friday clash.

“We understand yesterday you were scheduled to attend the CMs’ conference in Delhi, but why did you not visit the city today?” he asked Mann, while taunting him, “or probably because your master is busy and away to Gujarat and you can’t take out a step outside or utter a word without his permission”.

The PCC chief said it bode ill for a sensitive state like Punjab that its CM was dependent on and subservient to someone else. “Even his pre-recorded messages broadcast every now and then have an external imprint,” Warring said, adding “Punjab cannot afford a CM who cannot act on his own and needs to be continuously programmed by someone else”.

Meanwhile, CLP leader Partap Singh Bajwa said Arvind Kejriwal had promised to raise Rs 54,000 crore for Punjab. Within one month of coming to power, the AAP government had created a loan debt of Rs 7,000 crore for the state till April 27.