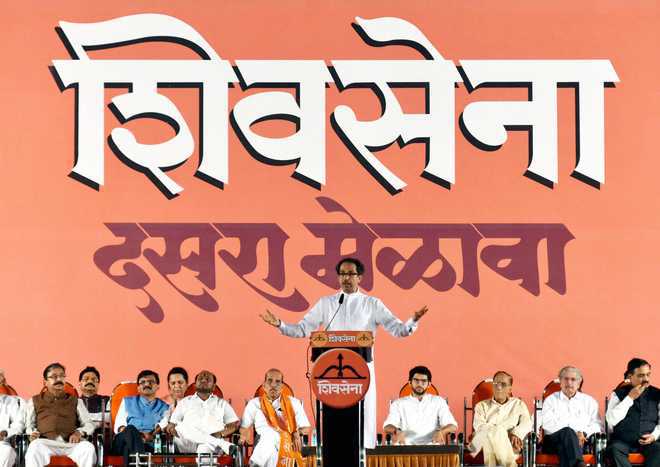 With the Shiromani Akali Dal walking out of the National Democratic Alliance (NDA) over farm bills, the Shiv Sena on Monday wondered if the BJP-led alliance really existed and asked who were in the coalition now.

An editorial in Sena mouthpiece 'Saamana' said it was surprising that the NDA's "last pillar" Shiromani Akali Dal was not stopped from severing ties with the alliance.

The editorial said, "When the Badals left, no effort was made to stop them. Earlier, the Shiv Sena also left the NDA. With these two parties out, what is left of the NDA? Those who are still there, do they have anything to do with Hindutva?"

"Punjab and Maharashtra represent manliness and Akali Dal and Shiv Sena are the faces of that manliness," it said.

"Now some have said 'ram-ram' (adieu) to this venture and so there is no Ram left in NDA, which has lost two lions (Akali Dal and Sena)," the editorial said.

The Akali Dal quit the NDA on Saturday over the issue of farm bills passed in Parliament. It is the third major party to walk out of the NDA in the recent period after the Shiv Sena and the TDP.

The Shiv Sena quit the NDA last year following differences with the BJP over sharing the chief ministerial post in Maharashtra on a rotational basis.

"First, the Shiv Sena had to quit the NDA. Now the Akali Dal has left it. Does the NDA really exist after its two key pillars have walked out?" it said.

"The NDA was formed to give a strong alliance against the Congress at the national level. The alliance saw many ups and downs over the years and several other parties quit it as per their convenience," it said.

The country’s politics is being pushed towards a one-party system, but the BJP has to face elections in several states by forging alliances with other parties, the Sena said.

The Shiv Sena said its government with the NCP and Congress in Maharashtra is doing a good job, and added it would complete its five-year term. PTI