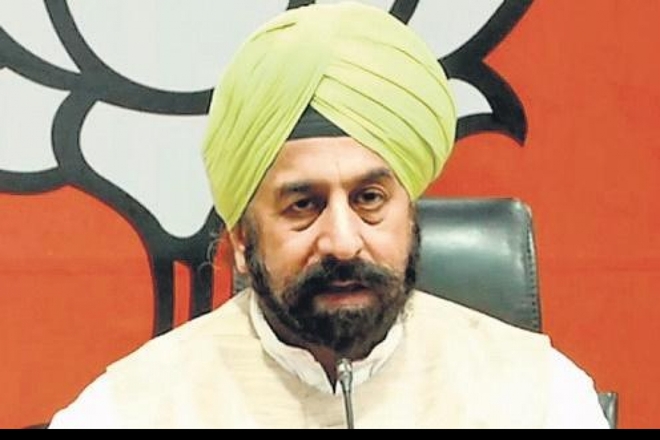 Aiming to further push into the corner an already-troubled Punjab Congress, the BJP today questioned why there cannot be a Mazhabi Sikh from a rural background as the Chief Minister of Punjab.

“Let’s see who will give Punjab CM from Schedule Caste community,” BJP spokesperson RP Singh said, reacting to Congress leader Manish Tewari’s post on demographic details of the state’s dominant communities where he was seen urging his party leadership to keep the non-Jat Sikh class in mind while effecting a change in an election year.

Perhaps it is time for a Dalit CM in Punjab. Let’s see who gives the CM post to a leader of the SC community. —RP Singh, BJP spokersperson

Singh countered him saying perhaps it was time for a Dalit CM in Punjab. Notably, while the Shiromani Akali Dal promised to pick a person from the community as deputy CM if voted to power, the BJP went a step ahead when it pitched for a Dalit CM for Punjab. However, after national general secretary Tarun Chugh said this, state party leaders claimed no such decision had been formalised on the issue. “The BJP is the only party which could give respect to the Dalits. The decision to make a Dalit CM has not yet been taken,” they said, apparently after apprehensions were raised that such an announcement could backfire with the core voter base — upper-caste Hindus — drifting away.

However, Prime Minister Narendra Modi’s pitch for Dalit and OBC leaders in his rebooted Council of Ministers has again brought into focus BJP’s efforts towards a shift from its “upper caste” image.

However, it remains to be seen whether the BJP will field a Dalit face as its CM candidate. While according to Tewari, there are 31.94 per cent Dalits, both Hindus and Sikh, BJP leaders add along with Other Backward Classes, the two communities can form a formidable contrast to Jat Sikhs and upper-caste Hindus/Sikhs in the state.