Increase in participation of Haryana farmers behind change, say leaders 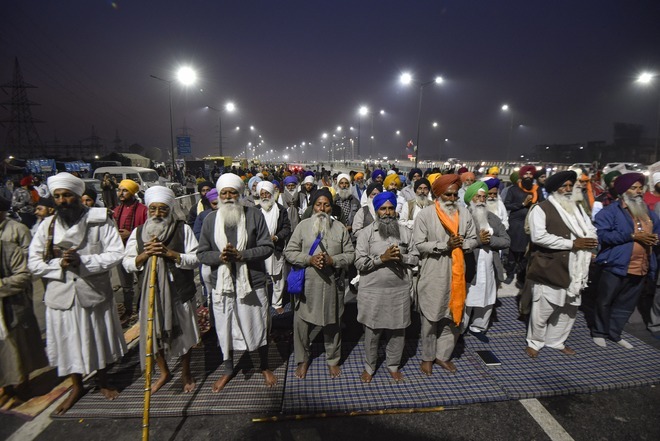 Gurbani and Hanuman Chalisa are recited every morning at Singhu.

With the focus of the farmers’ movement shifting from Punjab to the Jat hinterland, the Singhu protest site on the Delhi border, so far dominated by Sikh farmers, has donned a secular colour.

The morning starts with the recitation of Gurbani from the stage, followed by Hanuman Chalisa and other religious hymns.

Farmer leaders say the sudden increase in participation of Haryana farmers has further secularised the movement. “Now, it has gone much beyond any communal agenda.

It is now difficult for the state to label this movement a ‘Khalistani struggle’,” says one of the leaders of the 32 farmer organisations spearheading the agitation.

Earlier, farmer leaders were opposing the idea of any religious activity from the official stage at Singhu. In December, even a detailed discussion took place during a meeting of the farmer organisations on ways to save the movement from becoming a “show of one particular religion”.

Apart from exchange of religious values, a mix of cultures is taking place at the protest site. This is the first time a large number of women and children from Haryana are participating at the Singhu border.

“This is something that has never been seen before,” says a lawyer from Punjab and Haryana High Court who returned from Singhu on Sunday.